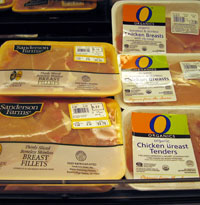 The US government has lodged a complaint at the World Trade Organisation against the continuing EU ban on US chicken imports, by claiming that it violates global trade rules, according to Bloomberg.

This EU ban was put in place 10 years ago due to health concerns about the US practice of rinsing chicken and turkey with chlorine to remove microbes, a practice that is banned in the EU.

But in December last year, a proposal put forward by Guenter Verheugen of Germany, the EU’s commissioner for enterprise and industry to lift the ban was rejected by EU farm ministers.

French Agriculture Minister Michel Barnier stressed that the ban had nothing to do with preventing competition.

Instead of treating carcasses, the EU approach is to tackle infection at the primary production end of the food chain by employing measures to reduce on-farm contamination.