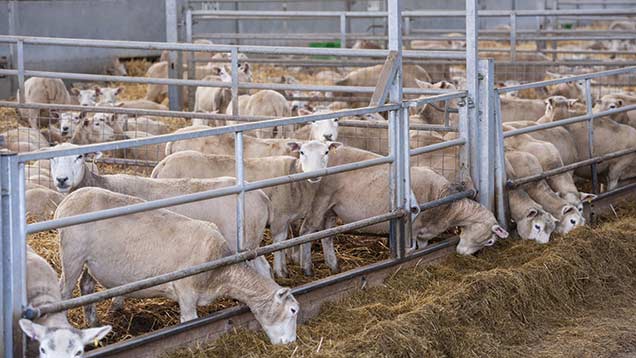 Sheep farmers looking to top up protein in late-pregnancy ewe diets can use alternatives to soya without affecting animal performance.

According to a project funded by Eblex, HCC, Adas and Reaseheath College there were no significant differences in animal performance between soya and alternative protein diets (see table one).

And while RDP is usually enough to meet the ewe’s protein requirements, in late pregnancy, due to reduced rumen capacity as foetuses grow and an increased need for protein, this often cannot be met from RDP in forage alone.”

Soya is usually used to boost high-quality protein levels in diets for late pregnancy and lactation, but it can be costly for the producer, says Dr Genever.

“But findings from this project show alternative sources to soya can be used without affecting animal performance, with the soya-based diet the most expensive and wheat distillers’ dark grains the cheapest,” she says.

Table 1: Summary of results from the protein sources and TMR feeding research project