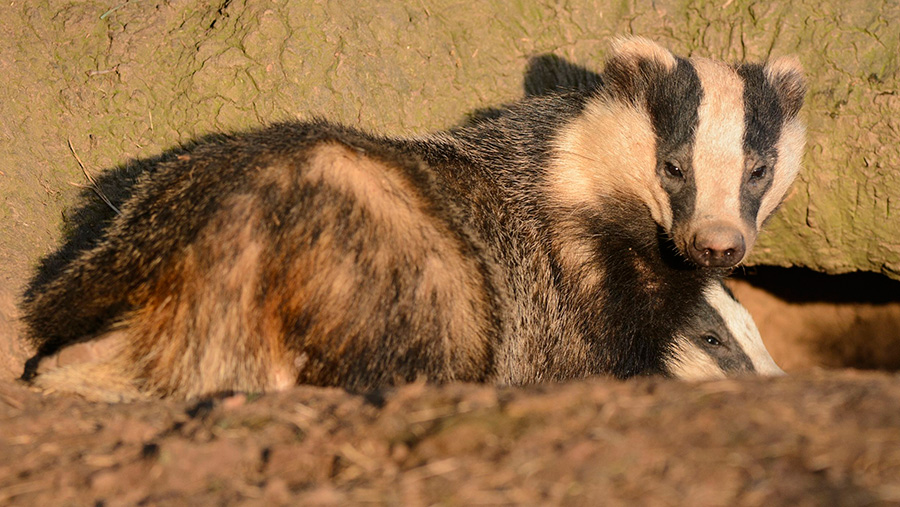 Farmers have been accused of carrying out large-scale, illegal gassing of badgers on farms in a bid to control the spread of bovine TB.

Dominic Dyer, chief executive of the Badger Trust, claims that badgers in Britain are “regularly killed by farmers, landowners, hunt masters, game keepers” and others.

In Mr Dyer’s new book, Badgered to Death, he states the problem is “far wider than illegal criminal activity by such individuals”.

See also: ‘Anger and frustration’ over spread of bovine TB in Wales

“It goes right to the heart of government and the farming industry, which all too often turn a blind eye on illegal badger persecution”.

In a chapter entitled “Illegal culls”, Mr Dyer recounts an incident in October 2013 when he came “face to face with this brutal reality” at the end of the first six weeks of Defra’s pilot badger culls in Gloucestershire and Somerset.

Mr Dyer said he spent an afternoon filming with Sky News reporter Isabel Webster, who told him a farmer in Somerset “had bragged about gassing badgers on his farm – and added that neighbouring farmers were doing the same”.

He writes: “Was this important? Yes, I said. Gassing is not an approved method as it is considered inhumane. It is also illegal. No badgers can be killed without a licence from Natural England: the farmers were acting illegally.”

Mr Dyer goes further, by suggesting this incident is proof the illegal culling of badgers is widespread in the farming industry.

“The interview showed what many in the badger protection movement feared: that farmers were organising themselves into groups to carry out the large-scale, illegal killing of badgers on their farms, both inside and outside the official culling zones.”

In the cull zones of west Somerset and Gloucestershire, Defra revised down the estimated figures for the badger population from 2,400 to 1,450 and 3,400 to 2,350 respectively.

“Disease, breeding patterns and the weather were the causes of the decline,” according to the secretary of state,” writes Mr Dyer.

“Yet there was a hint that something else may have been to blame as well, or instead.”

Responding to the claims, the NFU told Farmers Weekly it was not in a position to comment because it had not received a copy of Mr Dyer’s book.

Defra has said it is researching different methods of deploying gas in a humane way as a potential method of removing diseased badgers from the countryside.

But a Defra spokeswoman said any illegal killing of badgers could not be condoned.

She added: “If there is a belief that someone is illegally killing badgers, it should be reported to the police.”