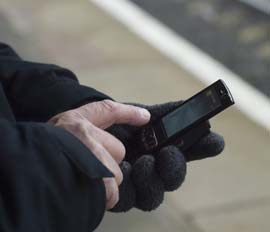 Businesses in Wales are being targeted in a telephone campaign by activists opposed to a badger cull, according to the Farmers Union of Wales.

The union said a series of menacing telephone calls had been made to businesses, including retailers, from organisations and individuals campaigning against the proposed pilot cull of badgers in west Wales.

The businesses have been asked to give their views on the cull and some of the calls have been threatening, the union claimed.

“These individuals or groups have no right to intimidate people in this way, and if people feel they have been harassed they should call the police on the non-emergency 101 number,” said FUW president, Gareth Vaughan.

“Businesses should not be bullied into holding an opinion on something when they have every right to stay neutral or keep their views private.

“There is no place for this type of threatening behaviour in our democratic society,” he said.

“Given the motives behind these calls, they are no different from trying to intimidate people into revealing who they intend to vote for in an election in order to try and sway the democratic process.”

He urged people not to bow to harassment.

Police have advised anyone who receives such calls to make a record of as many details as possible, including the time of the call and the name and telephone number of the caller. This information can be provided in confidence to the police by dialling 101.