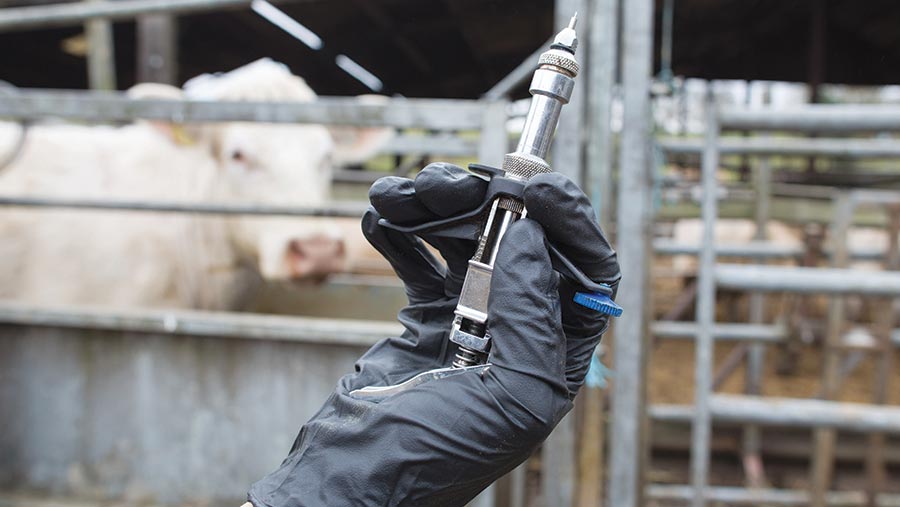 Bovine TB has exploded in the UK, spreading rapidly, ravaging counties and wiping out whole herds in its path.

Until now, much of the focus of disease control has been on what the government should do or isn’t doing to halt its spread.

But with badger culling already under way in hotspot areas of England, now is the time for farmers to take control into their own hands, say leading vets and scientists.

At the recent TB Advisory Service (TBAS) “Tackling Bovine TB” conference at the Royal Agricultural University, Cirencester, disease experts and farmers discussed what the whole industry can do to help control this insidious infection plaguing farms.

See also: Options for trading when you have a TB breakdown

In high-risk and edge areas, there is a case for using more sensitive tests or a battery of tests, said Sir Charles Godfrey, from the University of Oxford, who led the review of the government’s TB strategy.

With the skin test only identifying 20-50% of infections, he warned: “We are almost certainly missing more infections than we realise.”

James Wood, head of the department of veterinary medicine at the University of Cambridge and member of the TB Eradication Advisory Group (TBEAG), echoed this.

He said better tests were needed, but until then, farmers could use tests more aggressively, employing a suite of testing to include combinations of the skin, Elisa and gamma tests.

He believed in certain herds there was a case for using “bovine-only tests”. During tuberculin skin testing, an animal’s immune response to injections of bovine and avian tuberculin is measured and compared.

The TB Advisory Service is funded by Defra and offers cattle farmers in high-risk and edge areas of England free advice on how to prevent TB incursions during bespoke, one-to-one farm visits.

If the animal has been exposed to benign environmental mycobacteria, this can trigger swellings at both sites, and so can mask cattle that are genuinely infected with TB, warned Prof Wood.

He said it would be beneficial in certain circumstances to only use bovine injections to better detect infection – this method is used in most of Europe.

“There would be some circumstances where it would be better to move to bovine-only tests. For example, if you’re moving animals from a high-risk area to a low-risk area.”

Prof Wood warned it would throw up more false positives and therefore would cost the government and farmers more, but in the longer term it had the benefit of finding more infection.

However, this would require a policy change by the government to allow this type of testing, said TBAS technical director Sarah Tomlinson.

She is already advising cattle farmers to look at bovine readings to identify potentially infected cattle in their herd, to be removed as culls, in the same way farmers would do for cattle testing positive to other infectious diseases.

To prevent the spread of TB through cattle, farmers should move towards a risk-based trading policy.

“Cheap cattle may often be coming from high-risk areas. There is something we have to do to stop that type of irresponsible behaviour affecting the whole farming industry,” said Prof Wood.

He added that cattle imported from high-risk to lower-risk areas should receive reduced compensation to deter the practice.

Practising vet, TBAS adviser and TBEAG board member James Russell said farmers should delve deeper beyond the animal’s last TB test. He recommended them using IBTB – an interactive map that details current and resolved TB breakdowns over the past five years in England and Wales.

3. Improve dialogue between farmers, vets and the Apha

Farmers should work with their vets to put measures in place to try to keep TB out, rather than wait until they have a breakdown.

“It’s about the farmer and private vet taking control of the situation and working in partnership to try to ensure the same approaches taken for every other infectious disease are taken on farm to avoid [TB] infection,” said Prof Wood.

Northamptonshire beef farmer Mark Jelley, who has lost nearly one-third of his herd to TB since a breakdown in 2017, said communication between the Animal and Plant Health Agency (Apha) case vets and private farm vets wasn’t good enough and must be improved.

He said his vet wasn’t allowed to be sent blood test results and has had to resort to attending TB meetings organised by the NFU to find out what’s happening in the county.

“It’s a ludicrous situation. The only way that partnership will work is if Apha staff are allowed or encouraged to talk to private vets.”

Farmers must step up biosecurity to reduce the threat of TB from wildlife and neighbouring cattle and plan in case they do get a TB breakdown, said Mrs Tomlinson.

Farmers are often too focused on government intervention and should instead take control into their own hands and treat TB like any other infectious disease, she said.

“Plan for a breakdown – prepare for the worst, and hope it doesn’t happen. We all control infectious diseases on farm and TB is an infectious disease. There is something every farmer can do. Little things do make a difference.”

Mrs Tomlinson advised farmers to make their business more resilient against breakdowns by planning ahead and considering what a breakdown would mean for their farm.

For many farmers, the implications of a breakdown would prevent them from selling animals and would increase stock numbers.

But she said there are alternative options they can consider, such as approved finishing units (AFUs) or isolation units.

While Mr Jelley remains shut down with TB, he said seeking advice from TBAS had given him hope for the future.

Most farmers are woefully unprepared for a breakdown in edge and lower-risk areas.

Mr Jelley explained TB had progressed very quickly in Northamptonshire, with the county moving from four-yearly testing and being designated a low-risk area in 2012 to now becoming an edge area, with farms placed on annual testing.

“We didn’t react as an edge area county until we got TB. We are going to be ready for TB by the time it gets to the other end of Northants. We still get poor attendance at TB meetings at the moment,” he added.

More needs to be done by the government to prepare vets and farmers in these areas, he said.

The TBEAG board has funded farmer meetings in low-risk areas, but they recognise more needs to be done to engage with farmers.