A yarding of nine bulls levelled at £3,348 and topped at 3,850gns on Saturday (3 February) at the fourth British Limousin Cattle Society early spring sale at Brecon. 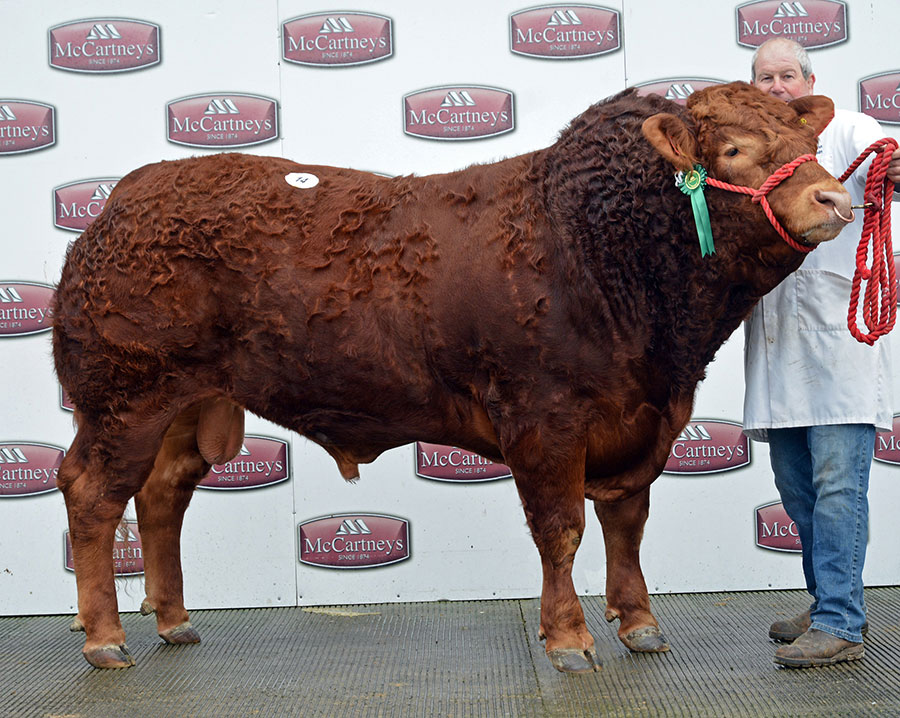 Trade hit highs of 3,8050gns with Killerton Manu, from the Greeds, Devon

Next at 3,700gns was Nealford Master from JH Neale and Son, Launceston, Cornwall, who knocked down to ASL and D Lewis, Llanbister, Llandrindod Wells. He is by the notable Wildoge Cerberus son Ampertaine Forman and out of top cow Nealford Tracy.

Two consecutive Loosebeare bulls made 3,500gns for the Quick family, Crediton, Devon, the first being Miami, who was knocked down to G and A Williams and Son, Treddiog Fawr, Pembrokeshire.

Matching this was Loosebeare Manchester, a son of Rocky out of Loosebeare Evilla. He went home with JR Norejko, Llandovery, Carmarthenshire.