Wellhouse Merry (below) from Robin and Deborah Whittle, Cilcrug Farm, Trawsmawr, Carmarthen, sold for the leading price of 6,400gns at the British Limousin Cattle Society’s autumn show and sale at Brecon on Saturday (11 November). 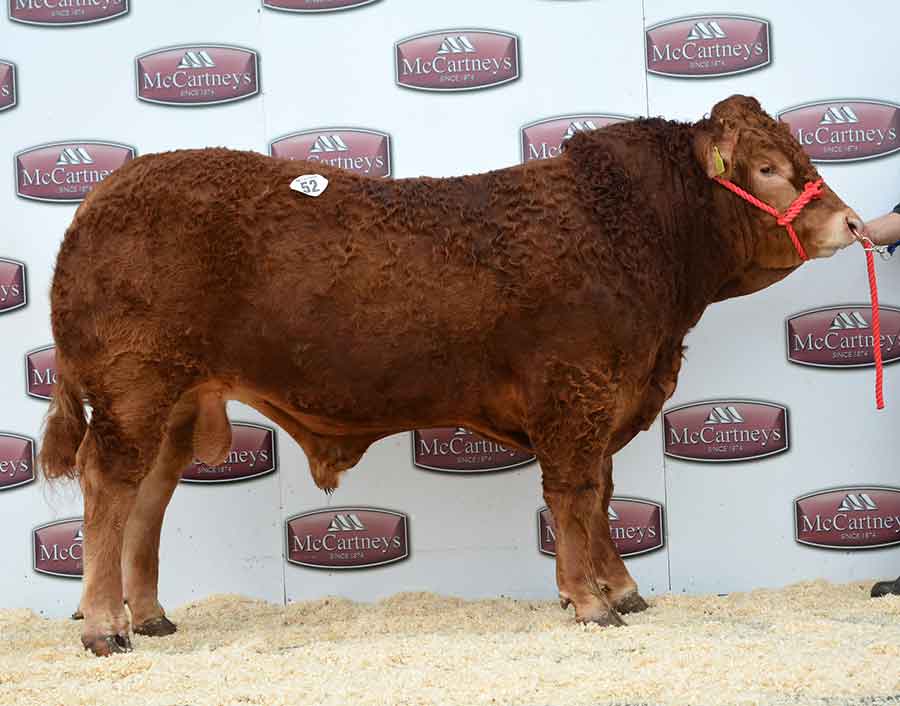 The July 2016-born bull by Chatsworth Jojo and out of Wellhouse Ginny was the youngest on offer on the day. Buyer was JIH Jones and Son, Erw Gilfach, Builth Wells. 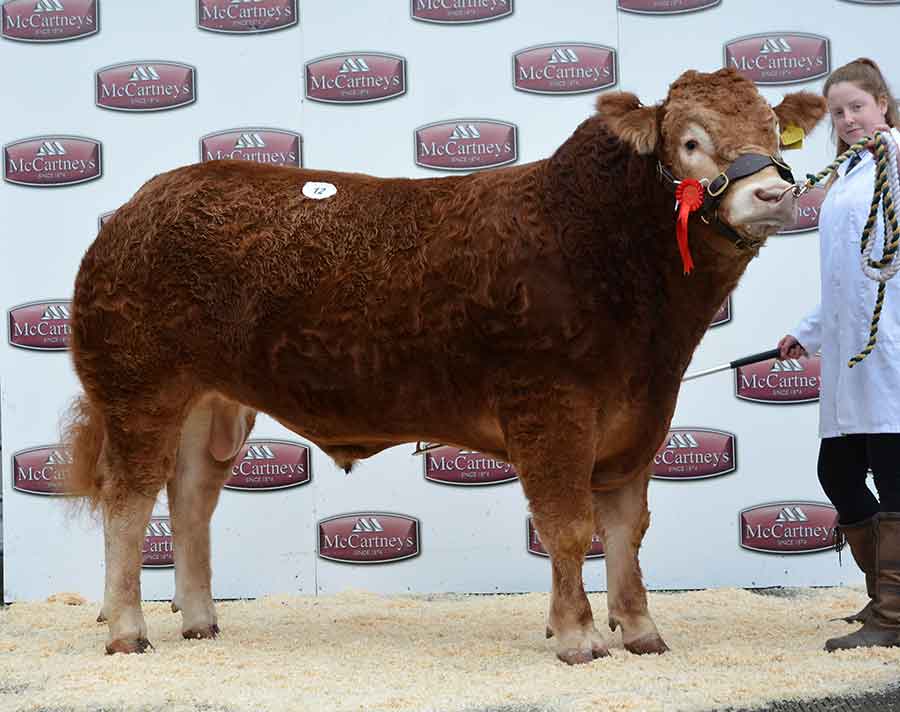 Killerton Malachite (below) from Mr and Mrs PW and SM Greed, Columbjohn Farm, Exeter, Devon, made 5,000gns when selling to E and HM Jones, Pumpsaint, Carmarthenshire.

Malachite is by Loosebeare Exmoor, a Haltcliffe Anzac son, and is out of Killerton Emerald. 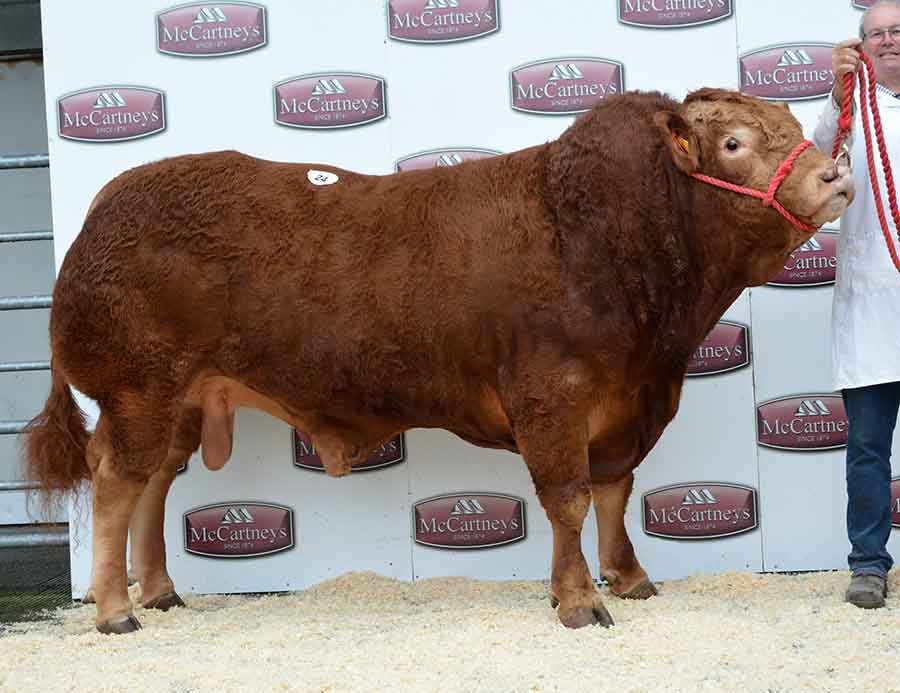 Also at 5,000gns was Nealford Minister from JH Neale and Son, Launceston, Cornwall. Born in April 2016, this bull is by Glenrock Fortune and is out of Nealford Henella.

He was bought by G Morgan, Llanfynydd, Carmarthen.

Earlier in the sale, the junior and supreme champion, Nealford Monarch – another from the Neales – made 4,700gns when selling to MG Jones, Three Cocks, Brecon.

This June 2016-born bull was the first son to be offered at sale by the herd’s 16,000gns stock bull, Ampertaine Inferno, and is out of Nealford Goldilocks.

The Neale family also lifted the senior and overall reserve championship with Nealford Major, a son of Procters Cavalier. He is out of their top breeding female, Nealford Rapunzel. Successful bidder was DH and A Jenkins, Llanbydder, Ceredigion.

The small selection of females sold to 2,600gns for the July-born first-calver Deri Jinja from Mr and Mrs TB Griffiths, Brynderi, Carmarthen.

She was sold with her Jinz-sired bull calf, Deri Nero, at foot. Deri Jinja is by Dinmore Gameboy and out of Deri Ginger. The buyer was JJ Butler, Symons Trewen, Whitchurch, Ross-on-Wye.