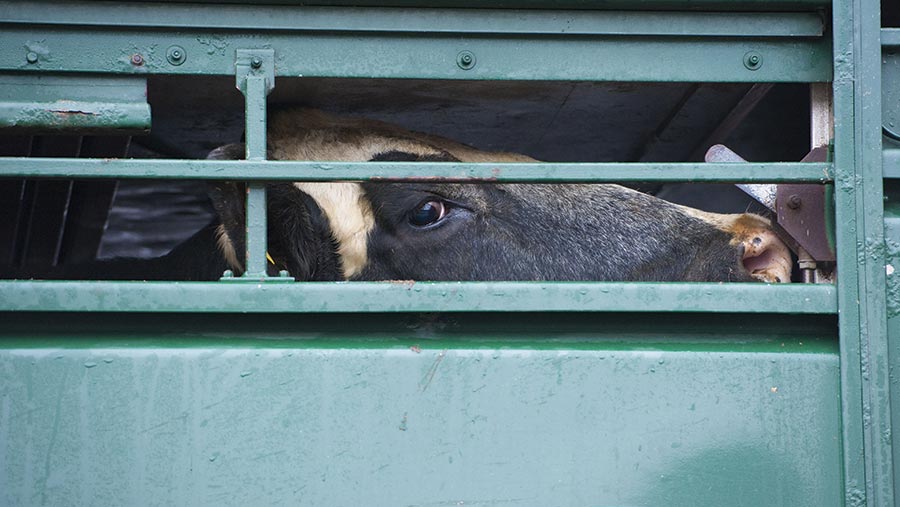 A surge in cull cow volumes passing through processors has led to a price drop as farms take a ‘no passengers’ approach before heading into winter.

Weekly deadweight throughputs are up 4-5% on the year, hitting highs of 9,239-head this month since stepping up 30% from 6,000-head in September.

A deadweight price drop of 27.5p/kg since mid-September has followed, with values currently around 212p/kg.

However, Great Britain’s weekly live mart throughputs are down 8-14% on the year through the autumn period so far, AHDB figures show.

See also: The perks and pitfalls of marketing your farm privately

“More than 30,000 extra cows have been slaughtered this year. More heifers have been culled and we lost some at calving,” said Mr Wyatt.

“During the drought all animals were made available, but processors only really wanted cows.”

He added that there had been a significant narrowing of the price gap between prime beef and cow beef, with one market source reporting wholesale beef mince lifting from 220p/kg to 320p/kg last year.

Irish buyers have been quiet at Lanark for the past three or four weeks, during which time cull cow prices have dropped.

Sandy Moore of Lawrie and Symington said November throughputs of 100-head a week are typical and reported 95-head on Monday (12 November) and 125 the week before. Beef cows averaged 105p/kg and dairies made 86p/kg.

He said feeding beef cows were still in demand and that the condition of cows was good, given the challenging year.

Numbers are very similar to last year in the Ribble valley, where principal auctioneer and secretary to Gisburn auction Richard Turner is reporting typical seasonal throughputs of between 90- and 130-head a week, of which 70% are usually dairy.

Best-fleshed Friesian cull cows are back 15p/kg and beef cows have held value slightly better, dropping 10p/kg over the past seven weeks.

“There have been an awful lot of cows being killed recently and it has led to some oversupply issues,” he told Farmers Weekly. “Lots are going deadweight, but the live marts haven’t seen an increase in numbers – the live price is following the deadweight trend.”