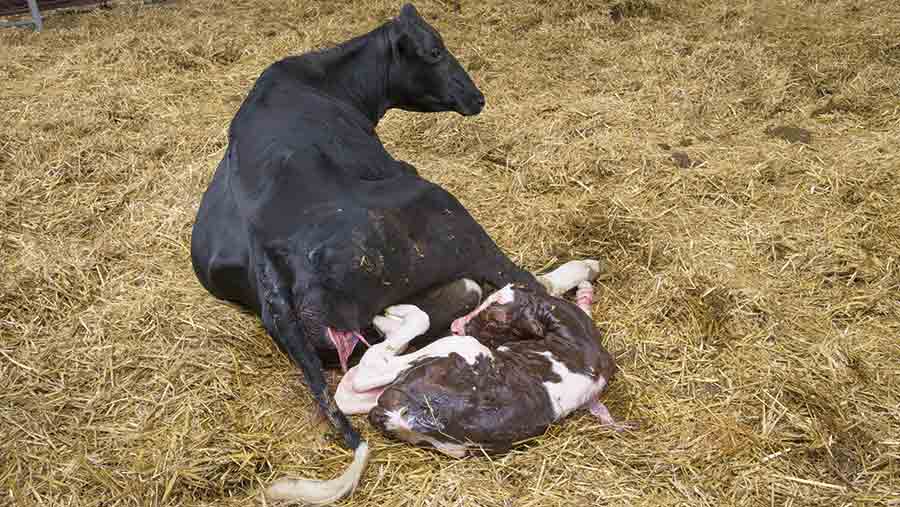 University of Nottingham researchers have detected the disease in the blood of a day-old calf for the first time.

Rather than testing for signs of infection and immune response – as the current antigen or antibody tests do – the actiphage test identifies MAP bacteria in white blood cells, researchers told the European Association of Veterinary Laboratory Diagnosticians Congress in Brussels on Monday (15 October).

This enables detection in younger animals, with a trial on calves from three farms detecting MAP at least four weeks earlier than faecal polymerase chain reaction (PCR) in 75% of cases.

The test is already being used by UK farms, with results back in six hours.

The technology has been developed and patented by the University of Nottingham, with the patent now licensed with PBD Biotech.

Cath Rees, associate professor in microbiology at the University of Nottingham, said the test could cost £30-£40/test currently, but this would come down as the test was rolled out across large commercial labs in the next six to 12 months.

“It’s currently a similar cost to the gamma interferon test, although at the moment everything is done manually and if robotics were used to speed up the process when it gets rolled out to commercial laboratories this would bring the cost down,” she told Farmers Weekly.

Limited use on farm

Dick Sibley of West Ridge Vets and director of My Healthy Herd – a web-based herd management system used by 3,500 dairies for Johne’s control (and other diseases including TB, BVD neospora and leptospirosis) – said the test did not change much for farmers.

He said he expected future uses for the test in milk sampling, but that finding MAP-positive calves, wasn’t hugely beneficial in itself.

Many calves, he explained, were Johne’s resilient.

Mr Sibley added: “The majority of MAP-positive calves never go on to be affected by the disease or to become infectious.

“As a vet, I’m not interested in whether calves are infected. The key thing is whether they become affected by the disease or infectious to other animals.”

He said the scientific community already knew MAP infection was possible in foetuses, as a result of work done in Japan, and stressed that the trial work was done on “very small sample sizes”.

Karen Bond, veterinary adviser at NMR – a milk quality laboratory currently running antibody tests on milk and blood samples – said the actiphage kit came as exciting news to the industry but its practical applications as a test in young calves would need careful consideration.

She added: “This is a great breakthrough and it is exciting for the industry. New testing methods are always welcome, but it’s important farmers understand that we can successfully manage Johne’s with the current tests we have – we don’t need to wait for new ones to tackle the disease.

“In some cases this test could be useful in identifying the last percentage of animals on a farm that has addressed a major Johne’s problem but can’t quite finally eradicate the disease – this could find the last MAP shedders and infected calves.”

She added that scientists suspect that some cattle are genetically resistant to Johne’s, meaning that the test could be used to put animals on “watch lists” to monitor for clinical signs later in life.