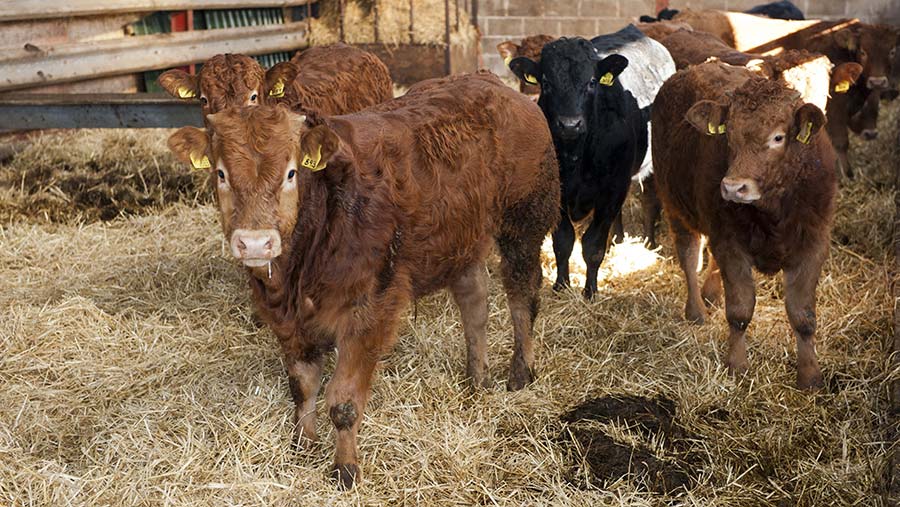 The National Beef Association has called for the age limit at which cattle are classified as beef to be reduced to boost the sector’s profitability.

Regulatory definitions state bovine products must be classified as veal up to 12 months old, and beef thereafter.

See also: Are rare breed native cattle set for a resurgence in the UK?

But reducing the limit from 12 to eight months would add millions of pounds a year to bottom lines through lower input costs and improved specification, the NBA said.

NBA chief executive Chris Mallon argued that the veal-to-beef definition was outmoded and should be changed.

The regulation was introduced within the European Commission in 1968 to provide a distinction between adult bovines and calves for the beef and veal markets.

“This was not for consumer information, but to allow distinct rules of intervention, as calves and adult cattle received different levels of payment.

“The rules were not designed for production, but for subsidy payments that no longer exist,” Mr Mallon explained.

“What this means is that, unlike pork or poultry, beef production is held back by definitions that are out of date,” he added.

Improved genetics and production systems now mean cattle can be finished well before 12 months, but must be held back on farms.

This adds months of bedding, feed and labour costs and often sees carcasses go out of spec during the extended finishing period, reducing profitability still further.

The NBA also argued that shorter finishing times would deliver environmental benefits in reduced emissions and lower resource use.

“An additional advantage of younger production systems would be reduced greenhouse gas emissions per animal.

“We are often accused of not competing well with the efficiency of the poultry and pork industries,” Mr Mallon pointed out.

“Changing this outdated age definition, which sets the beef industry at a significant disadvantage, would, therefore, help us compete,” he said.