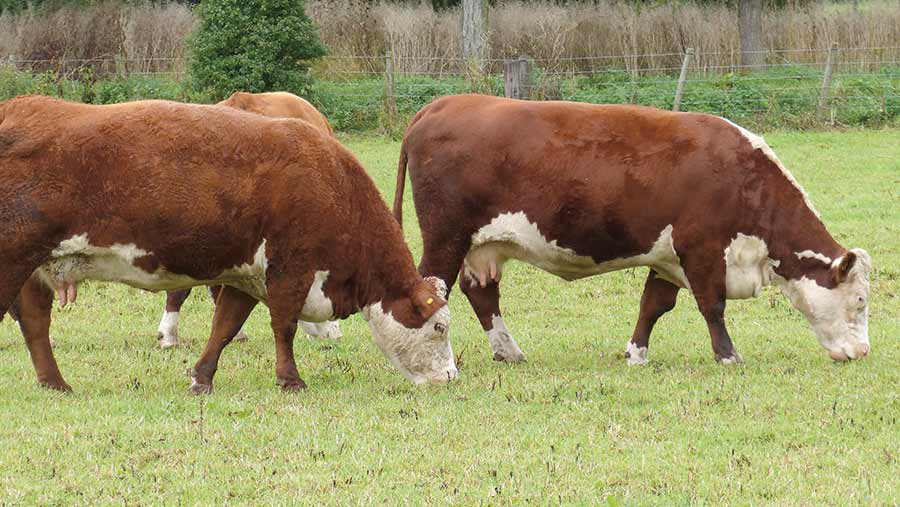 A Scottish Borders farming family has seen a 15% increase in the number of cows weaning 50% of their weight in the past 10 years. ­­­­

The Wilson family of Cowbog farm, Morebattle, has bred Hereford cattle since 1955, and back in 2008 was seeing 40% of their cows hit a weaning efficiency figure of 50% or more.

However, now Breedplan figures show that 55% of the herd is weaning half of its weight, with the best cow weaning 62% of its weight by the 200-day mark.

With average cow weight at 800kg, this means 55% of the 61 pure-bred Hereford cows are weaning a calf weighing 400kg or more.

“Maternal ability is something we’ve really started to work on in the last 10 years,” explains tenant farmer Rob Wilson. “And since 2014 we’ve started to see gains in both the EBVs and calf growth.” 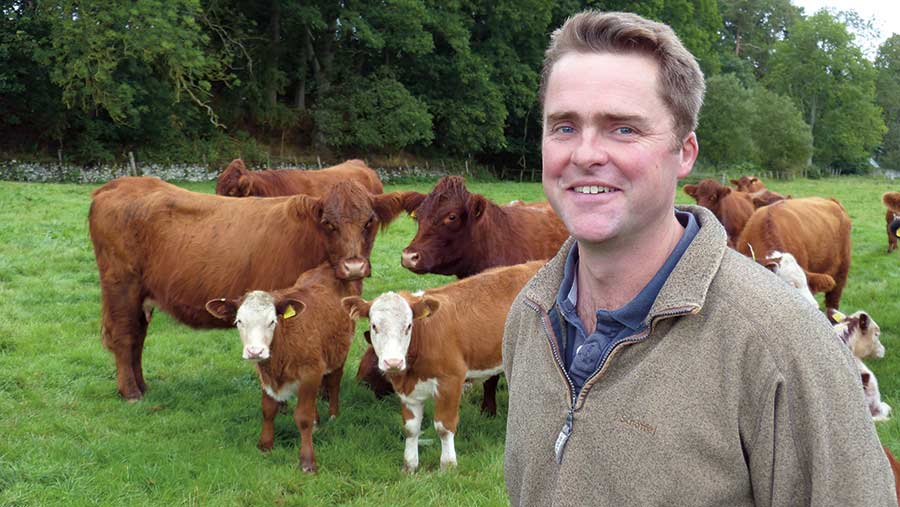 While creep feeding and quality forage have helped cows and calves perform well, these have long been constants in the farming system, with Mr Wilson attributing the improvements largely to genetic progress.

Alongside a strict culling policy on correctness, milking ability, lameness and udders, two bulls have made a big impact in the younger cows.

Baybridge 1 Atlas by the Australian stud sire Doonbiddie Hustler was bought in 2005 to improve udder structure and breed milky daughters.

Then, in 2008, a Danish-bred bull called SMH Castro was bought at five months old. He went on to produce easy-calving daughters, with impressive growth and milk figures that are still above the breed average 11 years after he was born.

Now a senior stock herd sire, Barwise 1 Lancer (2018 Hereford sire of the year), is maintaining progress, being in the top 1% for the terminal and self-replacing index. He is from an embryo from an Argentinian sire and a Canadian dam.

An ET programme using health scheme accredited Highland-cross Shorthorns as recipient females is the next step to improving maternal efficiency into the future. 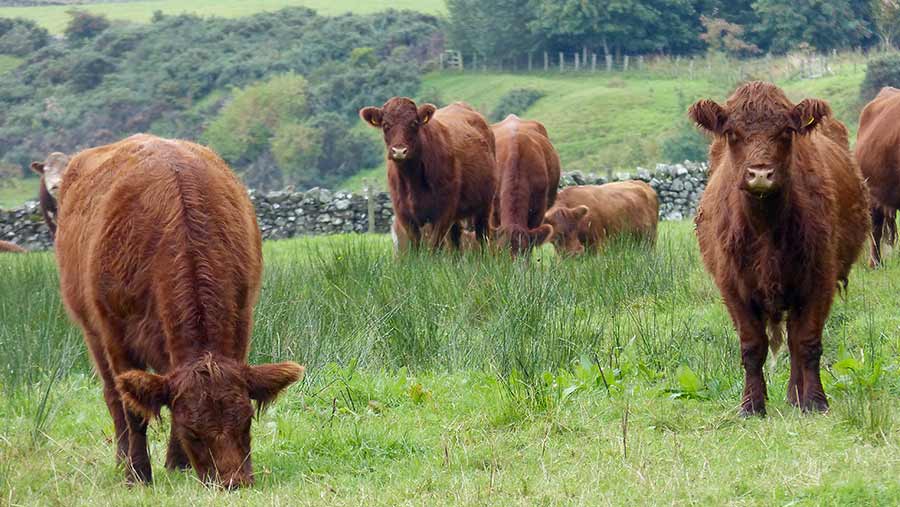 Mr Wilson knows the cattle will be well-bred, hardy and low-cost, and he hopes to achieve a sensible target of 50% of frozen embryos holding and any failed pregnancies to result in a Hereford-cross calf for the prime market.

Cows were selected for flushing on EBVs for milk, growth and self-replacing index and family lines. Most were Romany dam lines, but some dam lines have come from outside the herd.

Dam selection is aiming to use younger cows, to keep genetic progress up, although some older cows have been flushed due to them being proven and having more daughters on the ground, Mr Wilson says.

No ET work was done this year, because the hot weather and difficult spring decreased the likelihood of successful pregnancies due to stress on the recipient cows.

However, the Wilsons are hoping for kinder weather in 2019 to transfer embryos into the recipient herd, for another calf crop in 2020.

Looking ahead, in-vitro fertilisation (IVF) and genomics will both be used to increase genetic gain in the herd.

Mr Wilson says: “IVF seems increasingly successful in other herds and we will look to use it in the future. It is less obtrusive for the donor cow and can be undertaken more frequently.

“Although there are increased costs, one good new cow family or stock bull pays for it all, especially with the low-cost recipients we are running.”

Genomics is the other thing the Wilsons are keen to start using. Work is under way on the Hereford Cattle Society genetic database which will allow genomic testing to be introduced within the society.