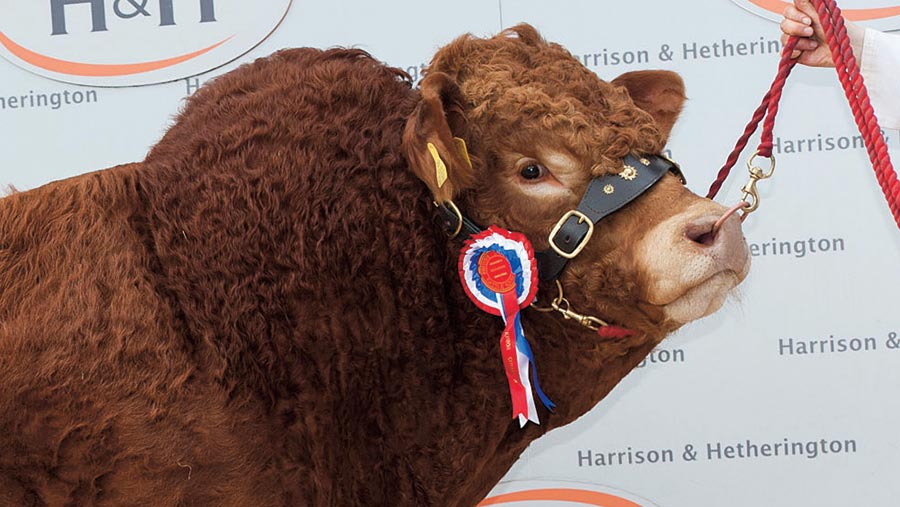 The Limousin Society risks being blown apart by disputes arising from the Ballinloan affair and the departure of its chief executive, its chairman has warned.

Three Limousin cattle breeders have asked members to approve the calling of an extraordinary general meeting to consider a motion of no confidence in the society’s council.

The meeting needs the support of just 5% of the membership – 126 people – to go ahead.

But in a statement released on the society’s website, chairman Michael Cursiter said office holders were undeserving of such treatment.

Mr Cursiter said: “I feel that the present council is probably the most hard-working and transparent group that I have worked with in my 11 years on council and do not deserve a vote of no confidence, which I think has the potential to blow the society apart.”

Members are gathering in Carlisle market this weekend for the national autumn show and sale following months of stories relating to the murky parentage of Ballinloan Jaegerbomb.

Owners of the bull’s progeny have lost thousands of pounds after his pedigree status was withdrawn, leading to a loss in value of their own cattle.

It is understood a police and trading standards investigation into the affair is continuing.

The letter said: “We are extremely concerned with the decisions made by the council regarding Ballinloan Jaegerbomb and are very concerned that what they have done places our society in jeopardy and has brought our breed into general disrepute and ridicule within the industry.”

The letter also blasts council members for failing to ignore budget warnings, which it claims has resulted in a record financial loss of £200,000.

Mr Cursiter told Farmers Weekly he has also faced persistent questions about the terms of the departure of chief executive Iain Kerr, who left the society at the end of September after being suspended from his post.

He said the terms of the deal reached to facilitate the departure of Mr Kerr left him unable to comment on the matters that led up to it, or the financial settlement.