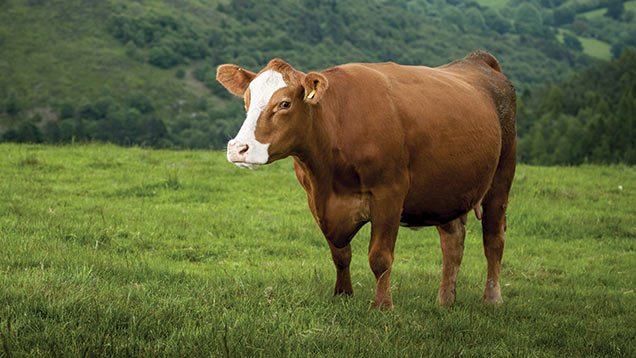 Do you have an animal in your herd or flock that is outstanding in terms of its performance figures?

Farmers Weekly’s livestock team is keen to hear from farmers about the star-performing animals on their farms – whatever the species or key performance indicator (KPI) used.

Maybe it’s a suckler cow that has produced an unusual number of calves over its lifetime, or a dairy cow that is a particularly efficient producer of milk.

This seven-year-old cow belongs to James Evans’ 300-cow herd of Stabilisers in Linley, Shropshire. She has one of the highest maternal EBVs within the herd at 33 (within the top 5% of the breed) and has bred three bulls that have averaged £5,000. She calved at two years and has produced five calves to date.

See more: Farmers Weekly on the look out for best performing animals

If you have a high-performing livestock legend you wish to share with us then send a picture and a short description to the livestock team at fwlivestock@rbi.co.uk or call us on 0208 652 4935

Last year she produced a heifer calf that had the highest yearling weight of all 90 of its contemporaries at 470kg.

Mr Evans says: “She is nothing special to look at. In fact, there are better cows in the herd, but she comes up trumps every year.

“She weighs an average of 620kg and consistently weans 55% of her bodyweight at 200 days; always calves within the first three weeks [of the calving period] and never requires assistance at birth or to suckle. She is exactly the type of cow we want to breed.”