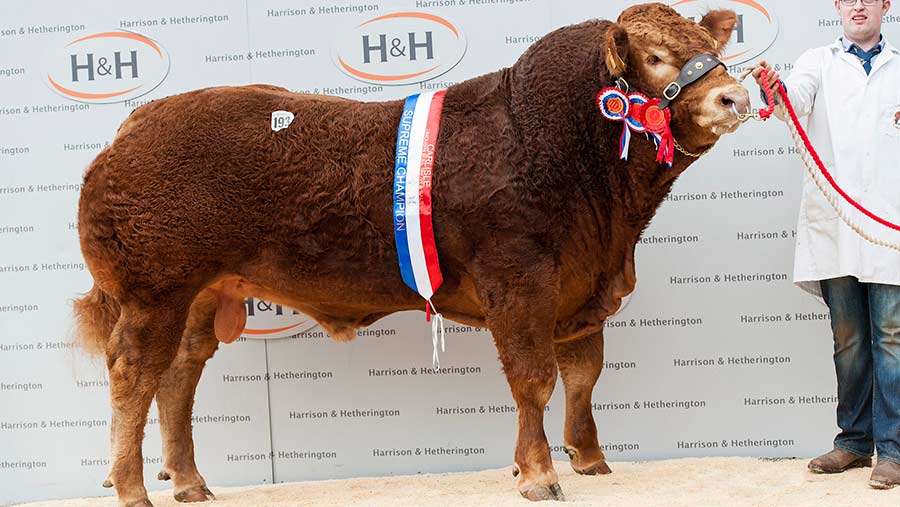 Limousin world records were smashed at Carlisle on the weekend (Saturday 17 October) when Irish breeders Henry Savage and Sons, Newry, County Down, sold the supreme champion Trueman Jagger for 140,000gns (£147,000).

This April 2014-born youngster was a hotly tipped favourite ahead of the sale, having won male, reserve overall and junior interbreed championships at Balmoral Show earlier this year, and he did not disappoint, attracting an opening bid of 50,000gns.

An embryo calf, Trueman Jagger is one of the first calves born to Ampertaine Gigolo and is out of the noted Trueman Grazia, a Haltcliffe Vermount daughter. He has grown at a phenomenal 2.47kg/day since Balmoral.

Commenting after the sale, Henry Snr said he was a “once-in-a-generation bull”, adding: “To sell him for a world-record price is the stuff of dreams and something that you would never expect to realise.”