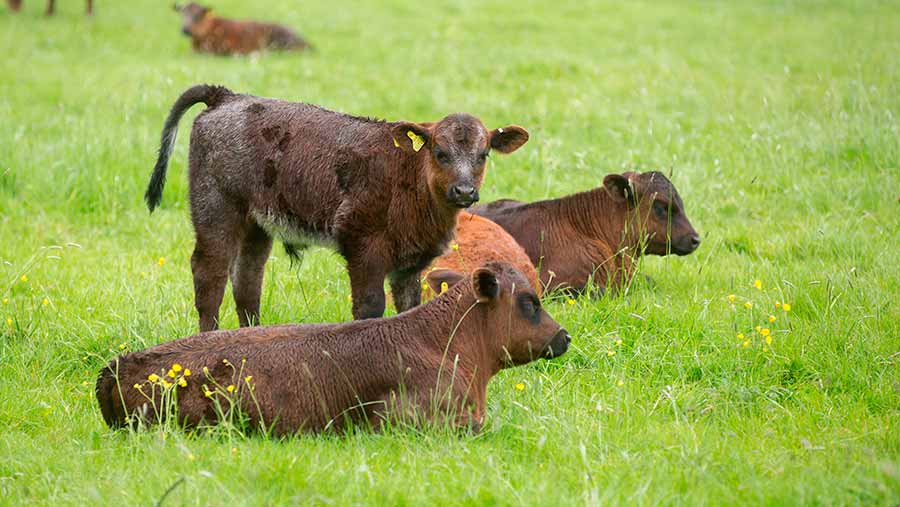 Although wormer resistance in cattle is not as common as in sheep, a study in the UK, France and Germany found up to 50% of cattle farms tested had decreased efficacy to the clear wormer group.

This is why it is important beef and dairy farmers understand how worms can affect their herd and put in place a worm control strategy.

Zoetis vet Dave Armstrong discusses some of the key features on controlling worms in your herd this year.

How do worms affect beef and dairy cows?

Cattle tend to be less obviously affected by worms than sheep, often due to a greater tolerance of burden and acquired immunity if they are exposed as young animals. However, the effect of worms should not be underestimated.

Infections with parasites can cause poor weight gain and performance. For beef cattle, this can result in longer finishing times and for dairy cows, reduced milk yields, reduced fat content of milk and increased calving intervals.

What are the main worm species affecting cattle?

Lungworm is also seen in first-year-grazing animals, as well as older animals.

Liver fluke is also commonly seen in all ages of cattle, particularly those that have been grazing wet areas, where the host, the mud snail, is prevalent.

What are the tell-tale signs I may have worms in my herd?

Worms cause parasitic gastroenteritis, which results in a loss of appetite, scour – which is often watery green – rapid weight loss and poor growth rates.

Lungworm, which is most often seen in the summer and autumn, can cause bronchitis and predisposition to pneumonia. Its signs include persistent coughing and laboured breathing.

Liver fluke causes fasciolosis, which is often seen as damage to the liver and bile ducts at slaughter.

A liver fluke burden results in poor weight gain, loss of body condition and reduced fertility. It affects cattle in two stages: Immature fluke migrating through the liver can cause liver damage and haemorrhage, while heavy infections of adult fluke in the bile ducts feed on blood, resulting in anaemia.

When are the risk periods?

This depends on the parasite. For example, stomach and lungworms are usually seen during the summer and autumn, with some risk from stomach worms earlier in the spring.

When cattle are turned out in the spring, they can become infected with larvae that have survived on the pasture over the winter.

Disease from liver fluke tends to occur throughout the autumn and winter.

This is why it is important to monitor worm risks on your farm using faecal egg counts as well as using parasite forecasting services.

Things to consider with wormers

Is it true that cattle acquire immunity to worms?

Yes. Grazing animals can acquire natural immunity to gut- and lungworms. This can be over one or two grazing seasons depending on the worm species. For lungworm especially, repeat exposure is required to maintain immunity.

Liver fluke is the exception, immunity tends to be very short-lived and reinfection is possible in any age of cattle.

How do you put together a worm control strategy?

A worm control strategy should be part of an ongoing health plan and should be put together with your vet, SQP or adviser.

Regular monitoring of animal performance alongside testing for the presence of parasites can help determine the risks for your herd. Knowing what is also on your farm at certain times can help inform what treatments to administer (if any) and when.

Although resistance isn’t as widespread as in the sheep industry, there is still a risk. When buying in stock it’s important to make sure animals are quarantined; not only from an infectious disease perspective, but also to prevent the introduction of resistant worms into your herd.

It is also important to check wormers are working in your herd and that there is no unnecessary production loss after treatment.

How do you test for resistance?

In order to check treatments are working, farmers should as a minimum take a post-drench test.

If you have an egg count after testing, it is either because you underdosed or you have resistance. You can also get a false negative, as cattle being tested after treatment may not have had worms to start with, so there would have been no worms to kill, hence the negative result.

If you do find some positive results after doing a post-drench check, you can do a faecal egg reduction test to find out how bad the resistance issue is.