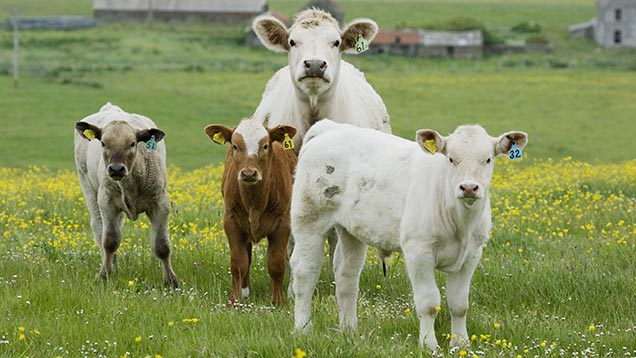 NFU Scotland (NFUS) announced at a press briefing in Edinburgh that the Scottish government had warned them that it is about to enforce this requirement.

The news came only a day after Scotland’s farm minister, Richard Lochhead, said he would reveal in the new year how he intended to take forward the wider recommendations highlighted in a report on cutting red tape produced for the government by Brian Pack.

NFUS president Nigel Miller said the union had been given very short notice of the government’s intention to impose more aggressive penalties and described the rigid enforcement as a “step backwards”.

“The changes have been rushed through in response to the criticism of EU auditors,” Mr Miller said.

“The more aggressive approach to be taken by Scottish officials fails to recognise that European standards allow a seven-day window for reporting. This clear case of gold-plating goes against specific recommendations in the Pack report, which called for a seven-day reporting period for cattle movements to be considered.”

Mr Miller said he fully accepted the importance of traceability but added: “Unless the national herd faces a heightened disease risk situation, the seven-day notification period is appropriate and could be subject to enforcement. In periods of high disease risk, reporting periods could still be tightened to three days and gain the support of producers.

“Data suggests that, even with some delays, more than 90% of the cattle movements recorded in Scotland would fit within the EU standard,” he said.

“To rigidly enforce a three-day reporting requirement is a step backwards and a worrying sign of an escalating penalty culture within Scottish government rather than a commitment to improve communication and collaboration through smarter, risk-based traceability systems.”

The review into red tape was commissioned by the Scottish government and published in August, but NFU Scotland has been critical of the lack of progress.

Mr Miller said there were already examples of Scottish government departments back-sliding on some of the report’s 61 recommendations.