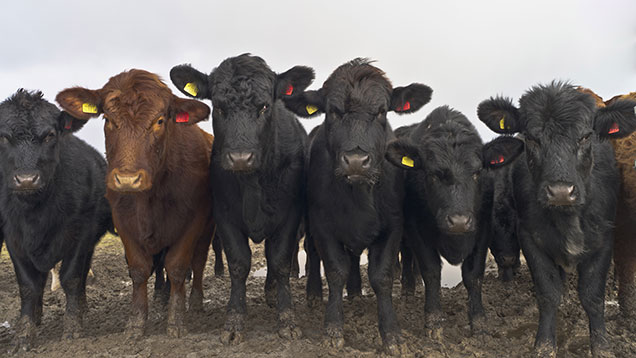 Scottish beef farmers will reap a £30-£40 a head payment for every calf born in the next three years if they collect data on topics such as breeding and birthweights for a cattle database.

The £40m voluntary scheme, which will be shared among Scotland’s 12,000 beef farmers, is a central part of the Scottish Rural Development Programme (SRDP) beef support package.

Another £5m has been earmarked for developing the database system to interface with markets and abattoirs.

He said the support would allow Scottish farmers to stay “ahead of the pack” in terms of quality and profitability and maintain their competitive advantage over other countries.

“Beef is the jewel in Scotland’s agricultural crown. This extra support from the Scottish government will give the beef sector the opportunity to adapt and prosper as the full impact of the new CAP regime takes effect.”

“Beef is the jewel in Scotland’s agricultural crown. This extra support from the Scottish government will give the beef sector the opportunity to adapt and prosper as the full impact of the new CAP regime takes effect.”
Richard Lochhead, Scottish rural affairs secretary

NFU Scotland’s livestock committee chairman Charlie Adam welcomed the announcement and appealed to producers to participate in the scheme.

“We want to see commercial producers getting involved and don’t want pedigree breeders who already record all this information anyway to run away with all the money,” he said.

“The most important thing is for people to buy in from the start. If you stand still the rest of the world will overtake you. You have to stay ahead of the competition.”

However he also appealed to government to make sure there were no pitfalls in the rules that could put farmers off.

Farmers will be paid to identify key actions they are going to take, including collecting genetic data and management information which will improve cow fertility, reduce disease, improve nutrition through feed analysis and maximise grass and soil management.

Jim McLaren, chairman of Quality Meat Scotland will lead a group to oversee the implementation of the scheme.

He said it had the buy-in of the entire beef sector, but the industry would have to help itself.

“This is about building resilience in the industry so farmers are better placed to cope with fluctuations in the market when they come, as they inevitably will,” he added. “It’s about self-help.”