An excellent show of British Blue cattle achieved five calls of more than 4,000gns at Beeston on Saturday (10 March) as numbers were down following a rescheduling of the sale.

Seven bulls averaged £4,155, while a yarding of 17 commercials saw heifers make £1,393 and steers level at £1,232 after the “Beast from the East” forced the cancellations of the sale at the start of the month.

Averages lifted by more than £400 on last year’s sale, which was held at the now defunct Chelford market. Trade-topper was Taylors Legend from Brian and Rob Taylor, Scholar Green, at their first pedigree Blue sale outing.

Taylors Legend was sold to suckler producer Cliff Percival, Bakewell, for 4.400gns. He is out of a Blackstar daughter and by Dragon Blues Factor. 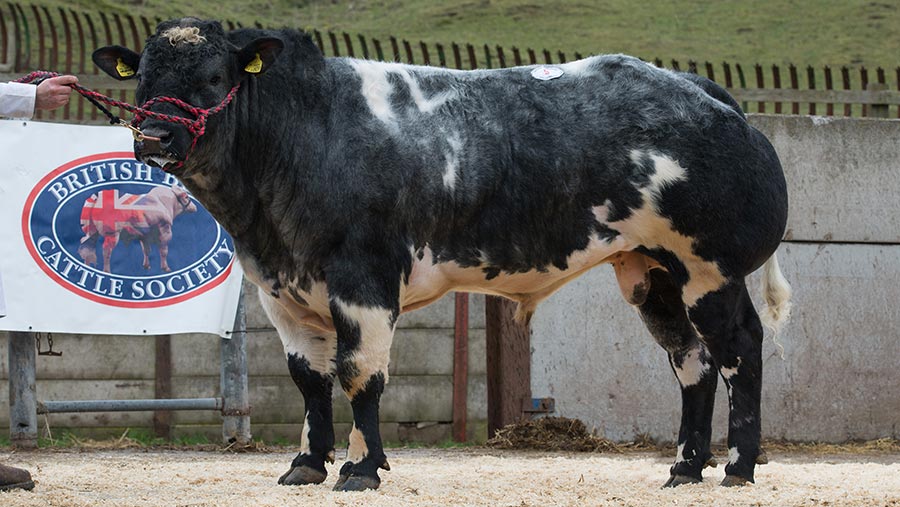 Next at 4,300gns was Almeley Linford from Graham Morgan, Herefordshire. This powerful black sire is by the 12,500gns Drybarrows Cawdale and was knocked down to local bidders P Studley and Sons, Burton.

Next at 4,100gns was another bull from the Taylors, Lancelot, which was knocked down to JC Crust, Spilsby, Lincolnshire.

Lancelot was the youngest bull on the day at 21 months. He is by Felicien de Courriaulx and out of Burton Trudie.

Next at 4,000gns was Norton Knightrider, which saw JC Crust back in the bidding for the impressive August 2015-born bull from Rhys Millichap, South Wales. 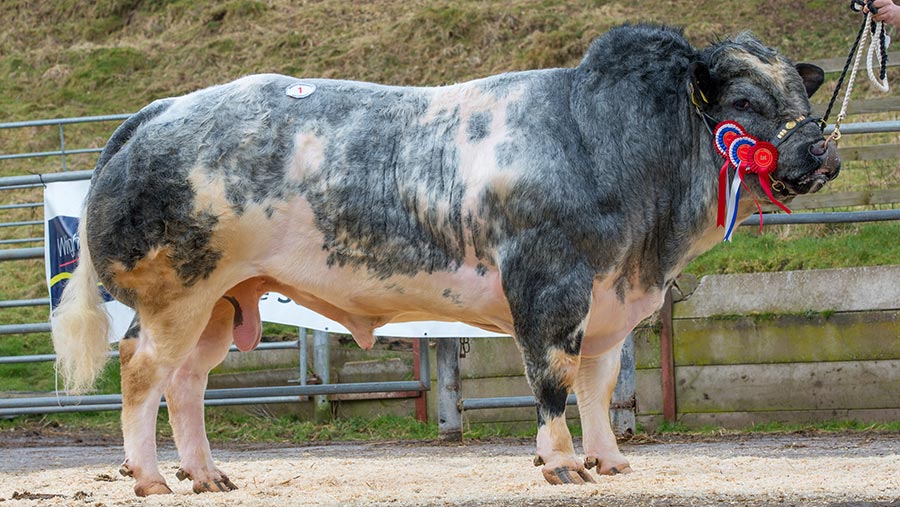 Leading the heifer trade at 2,800gns was the April 2016-born Almeley Libby, which was knocked down to suckled calf producer Jonathan Darlington, Scholar Green.

She is by Drybarrows Cawdale and out of Mountjoy Utopia daughter Preggy Frances. 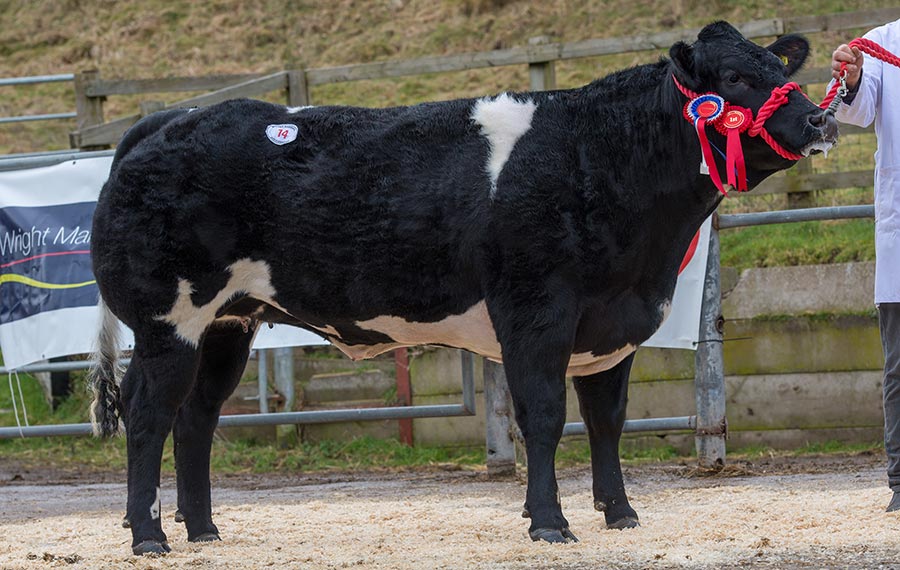 Show potential cattle hit a top note of £2,800 for a 10-month-old heifer from Matthew Jones, Telford, Shropshire. She was knocked down to S Carpenter, Stourport on Severn.

Another show heifer aged nine months made £2,100. She was from Wyn Morgan, Newmills, Powys, with the winning bid from Mike Scott, Newark.