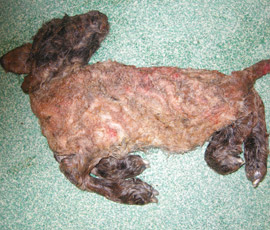 A Belgian farmer is warning that the Schmallenberg virus is leading to lamb losses of 20-30% for some farmers and the disease is much more widespread than official statistics currently suggest.

Ignae Lootvoet, who farms close to the French border and was secretary of the Belgian sheep society until 2011, has warned that the disease is becoming a ‘nightmare’ for the country’s sheep farmers.

While the number of sheep in Belgium is relatively small the economic damage that Schmallenberg is inflicting could be huge, he said.

Delays in confirming infected premises also meant that the current estimate of confirmed cases was lower than the reality.

Farmers Weekly contacted Mr Lootvoet’s to share his experiences now that the disease has been confirmed in the UK.

Read his story – and fears – below:

“What started as a ‘funny’ sounding name in the newspaper (Schmallenberg sounds like a ‘small mountain’ in Dutch) for a previously unknown virus, is resulting in a new nightmare for Belgian sheep farmers, writes Ignace Lootvoet.

“OK, Belgium is only a dwarf in Europe when it comes to sheep numbers (a few hundred thousand of ewes for the whole country), but the current number of 55 confirmed cases horrifies me. You must know that there is a delay of 10-15 days between declaring and confirmation and I know for sure that in areas which are untill now ‘blank’ on the map, dozens of dead lambs were declared in the past 10 days, so I assume the numbers of confirmed cases will double/triple in the coming days.

“Some sheep farmers lost 20-30% of their lambs in the last 10 days. And the bulk of the ewes still has to start lambing. One of our national prides, the ‘Beltex’ will only start to lamb in a couple of weeks.

“Until this moment, there is no obligation in Belgium to declare cases of aborted or still-born and/or deformed lambs or calves, so the acutal number of cases will be (much) higher than what we assume today.

“In fact, this virus is still a mystery for science and the only facts that we have are gathered by the farmers. In my flock, I started lambing the 20 December and everything went normal untill the 7 January when the problems started. Scientists think that the virus was active during the summer and beginning of autumn and infected (some) foetuses in the first weeks’ of gestation.

“So, the million dollar question is how long the virus was active in autumn as that will determine how badly our sheep industry will be hit and, as they now also found the virus in an aborted calf in the south of Belgium, if it will also hit the cattle calving in the months ahead.

“If the virus stayed active untill the end of october or even longer, the economic damage can be enormous and will even be bigger than the BT8 disaster.

“With no remedies in sight, we can only cross our fingers and hope…”

Ignace Lootvoet was secretary of the Belgian sheep society for 14 years and is in regular contact with UK sheep farmers as a visitor to events like the Royal Welsh, NSA Sheep Event and Builth Ram Sale. Since 1998, he has also been involved with the bi-annual Brussels Agricultural show (AGRIBEX), where he is responsible for the livestock section (as secretary-general of the Belgian Livestock Show Society). He runs a flock of 150 ewes in which he is building up a Lleyn flock next to a small flock of Hampshire Downs and has recently purchased two British Charollais ewes. You can follow him of Twitter at @ignacelootvoet


Share your own thoughts on schmallenberg on the forums and follow the latest developments on our dedicated page.