There was brisk bidding at Balmoral multi-breed bull sales last weekend (29 October), with prices topping at 3,600gns for a British Blue bull. 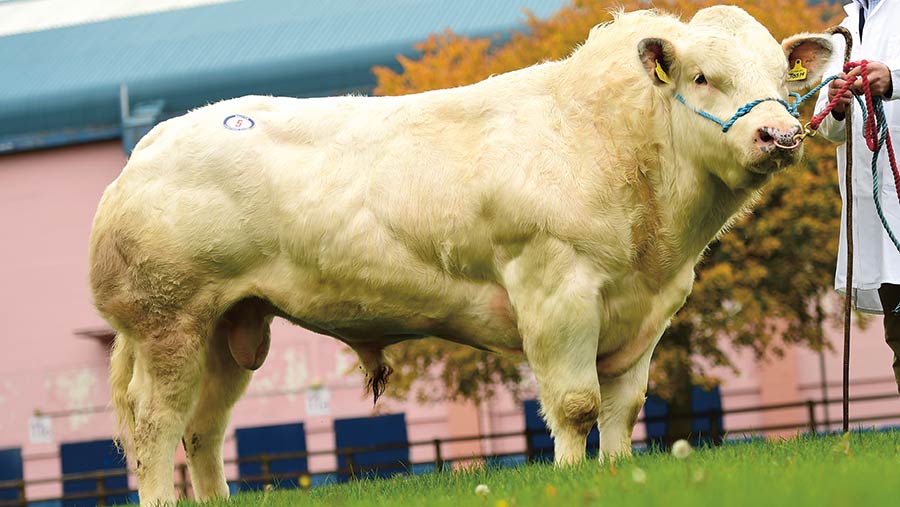 Hot on the heels of this at 3,300gns was a Charolais from the Woodpark herd of Will Short, Omagh. This was a July 2015-born son of Deeside Gulliver, out of a Corrie Alan dam.

Limousin bulls met with steady trade, topping at 3,200gns paid to J and J Aiken, Dromara. Carnew Linesman is by Plumtree Deus and out of a Sympa dam.

A single Beef Shorthorn heifer sold at 2,850gns. This red and white heifer from Denise Bailie & Sons, Dromara, is a daughter of Glenisla Explorer. Embryos from the same seller sold for 500gns a pair.