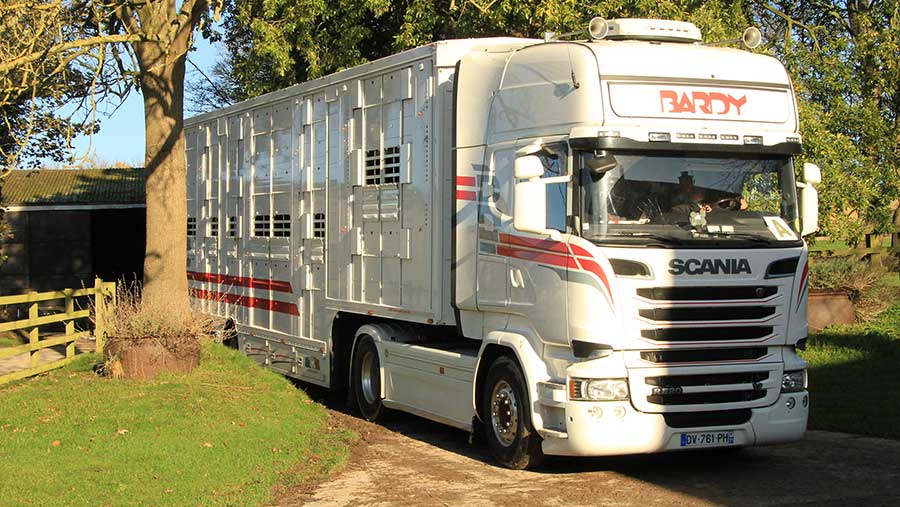 The first shipment of British Stabiliser cattle has reached northern France as part of an exclusive five-year deal to grow a nucleus herd and promote the breed.

Segments of French beef farmers are becoming aware that native cattle are too big for a market desiring increased marbling, according to French breeding research group Bovinext, which is overseeing the project.

But some in the industry would prefer to focus attention on developing native breeds such as the Charolais, rather than importing cattle.

One bull and 17 heifers travelled to the Grand Est region last month to lay the foundations for a multiplier herd based at an agricultural training and research hub in Lorraine (Alpa).

See also: How a maternal breed is Brexit-proofing Northumberland estate

A combination of live and semen/embryo exports is expected to gain a foothold in the French beef industry, both as a suckler cow and a dairy-beef option.

French beef processor Charal has said the Stabiliser is suitable for its grass-based, light-carcass programme (Herbopack), which to date has mainly focused on the Hereford as a beef cross for the dairy herd.

Bovinext, the organisation set to grow the breed in France, formed in April and combines breeding co-operative Elitest, the Eastern Animal Production Association and a regional agricultural chamber.

The first batch of cattle will undergo a quarantine period at Alpa before heading to Elitest’s facilities for embryo work and marketing before returning to Alpa as a nucleus herd at 18 months old.

The contract, which was facilitated by AHDB, positions the UK beef industry as a model in Europe, says AHDB’s French export manager, Rémi Fourrier.

Mr Fourrier said: “This new project is a good example to illustrate how AHDB can simultaneously improve the image of the English beef industry and support English farmers – it is a win-win initiative.”

“The potential savings in feed costs are £80 to £100 a cow/calf pair per year, reducing methane production in beef systems by 20-30%.”