A mix of commercial and pedigree interest lifted clearance rates from 31% last year to 84%, and heifers were also £988 dearer for four fewer sold.

Topping a solid trade at 7,200gns was the March-2016-born Cliftonpark Madoc from Mrs JM Robinson, Tenbury Wells, Worcestershire, which was knocked down to P and M Davies, Sennybridge, Powys.

Madoc comes from French lines, being by Rosanna Fameux and out of home-bred dam and daughter of the 10,000gns Thrunton Bravado, Cliftonpark Irish. 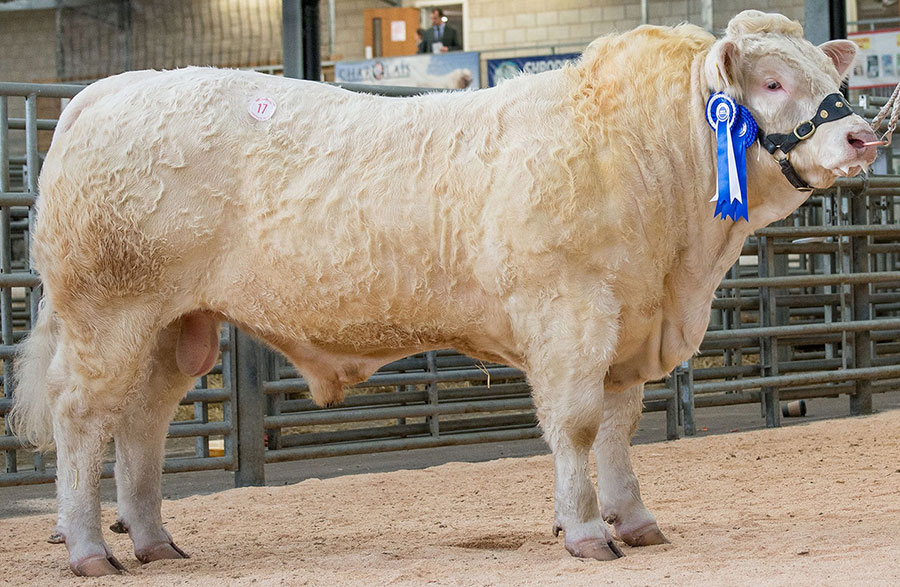 Cliftonpark Madoc made the top price of 7,200gns

Next at 7,000gns was Moelfre Maestro, from Kevin Thomas, Capel Iwan, Dyfed, who brought three lots to average £6,300.

He is by the 12,500gns Balmyle Impression and out of Gretnahouse Vigorous daughter Moelfre Dollar and caught the eye of E Jones, Caernarfon, Gwynedd. 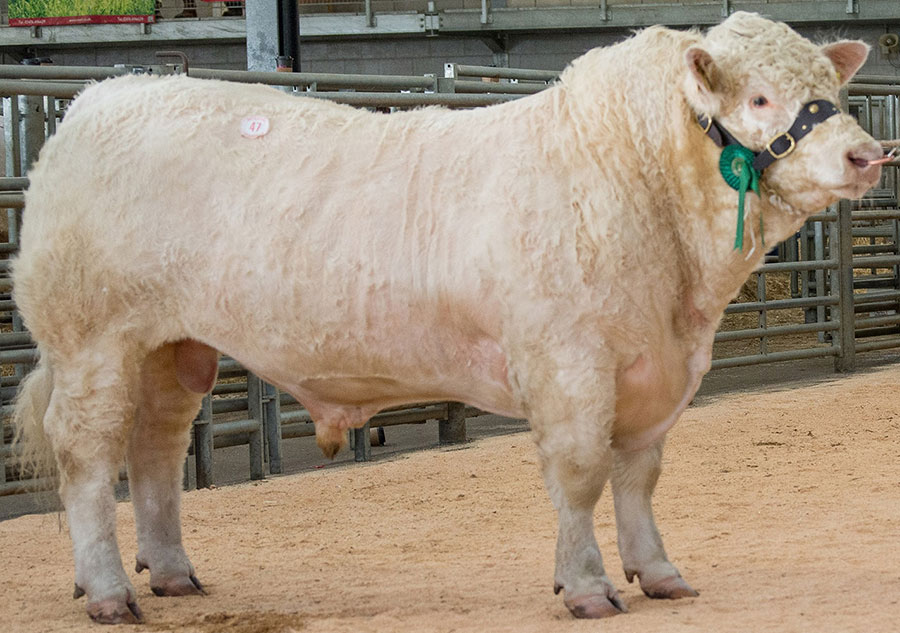 Moelfre Maestro made 7,000gns, leading a run of bulls from Kevin Thomas, Capel Iwan, that averaged £6,300

Mr Thomas also saw a 6,400gns bid for Moelfre Major, another Impression son. He is out of the 16,000gns Anside Foreman and was knocked down to B Bayliss and Co, Whitney-on-Wye, Herefordshire.

Next at 6,800gns was an April 2016-born bull from Gareth Jones, Bala, Gwynedd, which knocked down to J Roberts, Bala. 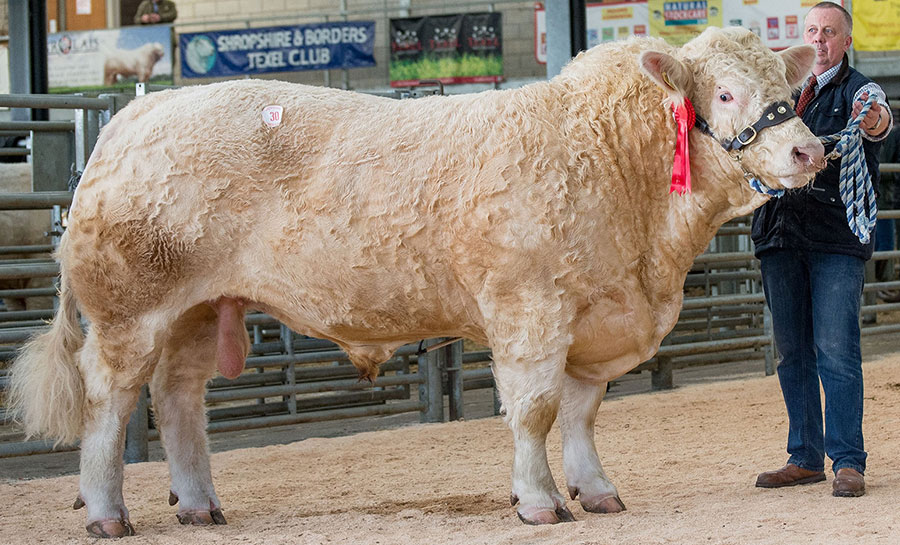 A bid of 6,800gns secured Esgob Magnumgold for J Roberts from Gareth Jones

Four bulls then made 6,000gns, the first being from JAW Rees, Llanidloes, Powys, which was sold to TJ and DA Stephens, West Glamorgan. Hendy Majestic is by Tullygarley Rollerball and out of Hendy Topsy, which goes back to Balthayock Matthew. 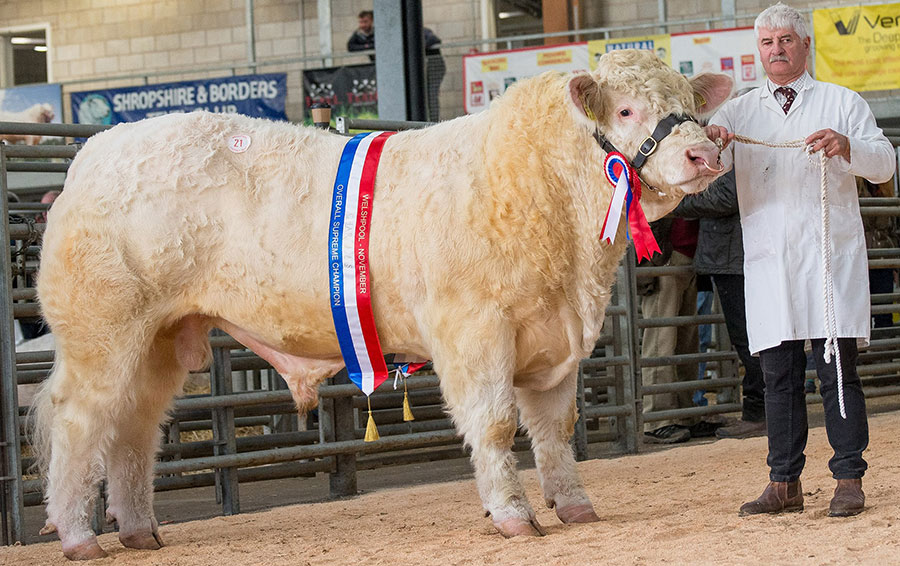 Champion Seawell Merlo from Peter and Sheelagh Donger made 6,000gns

Also at 6,000gns was Seawell Merlo from Peter and Sheelagh Donger, which was bought by TN Lightfoot, Callington, Cornwall. Merlo is a son of out of Maerdy Flambeau and Seawell Creative, who is by AI bull Doonally New. 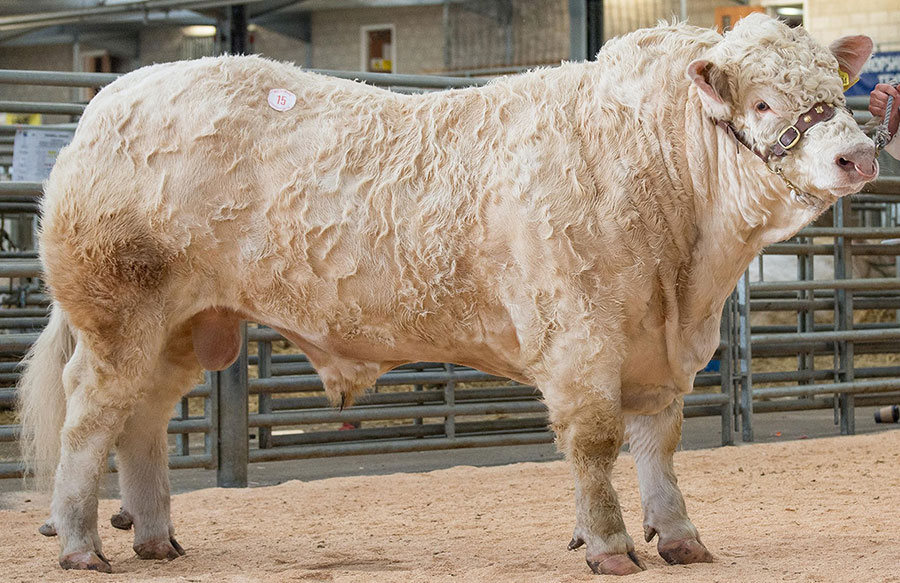 Matching this was Maerdy Myfanwy from Flintshire vet Esmor Evans, which was knocked down to DT Edwards and Co, Trecastle, Powys. Myfanwy is by Maerdy Gouverneur and out of Maerdy Glorious, a Baladin daughter. 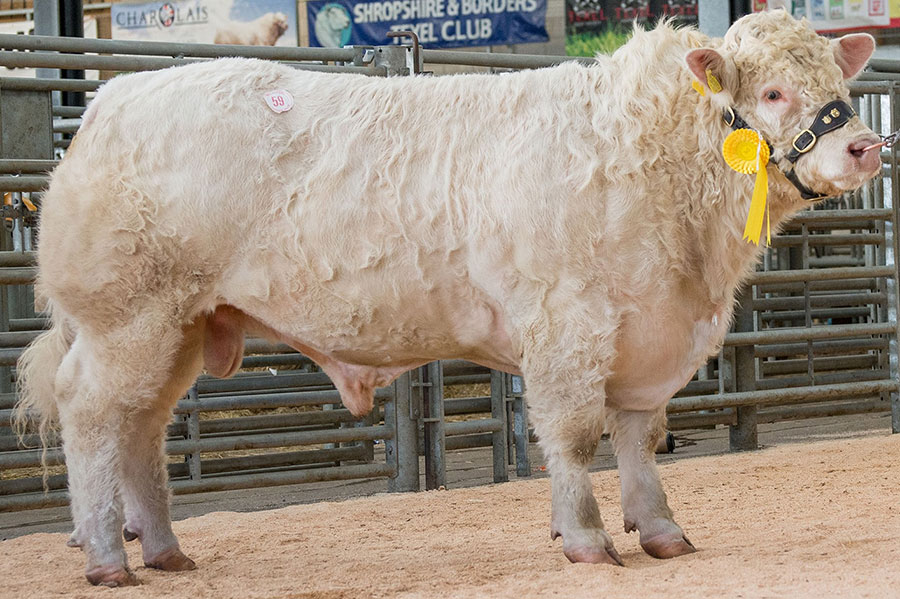 Last to hit 6,000gns was another lot from Mr Evans, which was snapped up by Simon and Suzanne Frost, Bakewell, Derbyshire, who own his sire Vexour Freddy. 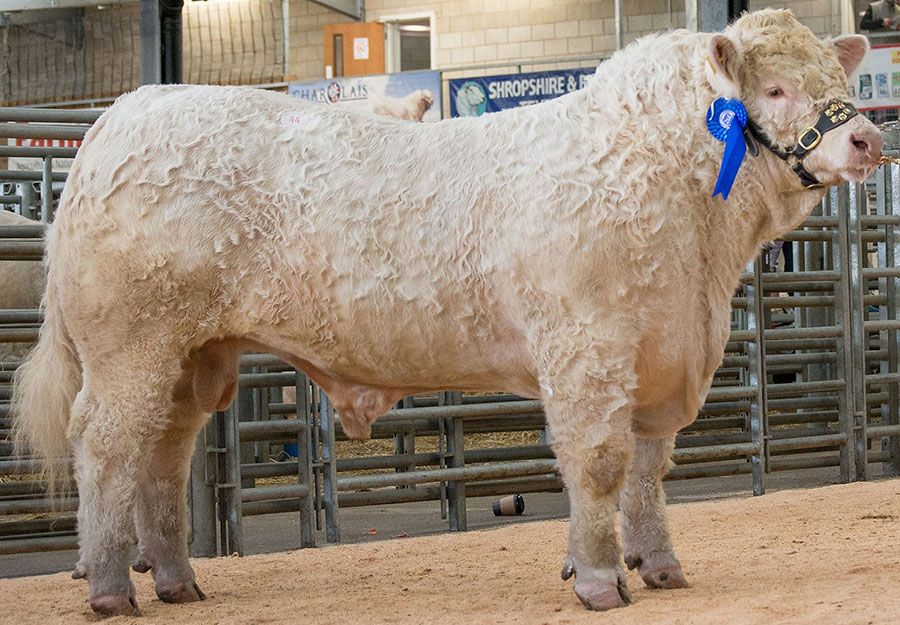 She is by the 16,000gns Clyth Diplomat and out of Thrunton Starband, a daughter of the 25,000gns Mowbraypark Orlando.