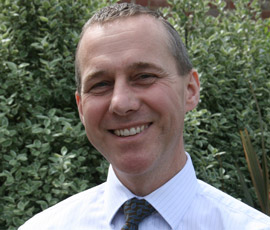 As many in the farming community will already be aware, a new animal disease that affects sheep, cattle and goats – the Schmallenberg virus – has been found in the UK.

The virus was first detected after an unusual disease picture was reported in cattle in Germany and The Netherlands last year and it was subsequently found in Belgium and France. AHVLA’s recent test results show that the disease is present here and we currently have 11 cases in the UK.

Our knowledge of this family of viruses suggests that it is transmitted by midges. We believe that the disease crossed the Channel in infected midges from the affected areas on the continent last autumn, which the UK counties affected so far were identified as being at risk from. We expect to see more cases as the lambing season progresses and it is possible we will see cases in other areas, particularly if people have imported infected animals from the continent.

The virus affects both adult animals and the unborn foetuses of pregnant livestock. Signs in European adult cattle cases have included fever, reduced milk yield, loss of appetite, loss of body condition and diarrhoea. It appears that when animals are infected during pregnancy there may be no signs of disease and the consequence of infection is only seen when an animal gives birth. Abortion, stillbirths and deformities in offspring, such as contracture of the limbs, have mainly been seen in sheep, but can also occur in cattle and goats. So far, in cases confirmed in the South East and East Anglia, the disease was diagnosed following the testing of deformed lambs.

As this is a newly identified virus, there are limited tests and there is currently no vaccine. Scientists across Europe are working on new tools, such as a test to detect whether animals have been infected in the past.

It should be noted there could be problems with lambing and farmers are advised to be careful as excessive force applied to deformed lambs could cause injury to both the ewe and lamb. Farmers should contact their vet in such cases, as caesarean sections may be required. Individual farmers will wish to consider the risks of sourcing pregnant livestock from affected areas and should discuss their plans with their private vets.

We are continuing to gather as much information as possible to help farmers and livestock owners understand this disease. The AHVLA has written to all veterinary practices to warn them about this new virus and to ask vets and farmers to discuss any suspected cases with them so that they can carry out further investigations if necessary. Farmers and farm locations will not be revealed, but their ongoing co-operation with the AHVLA is invaluable in helping us to understand the spread and likely impact of the disease.

• Visit www.fwi.co.uk/schmallenbergvirus for updates and our special report.
See more
Share this
Advertisements