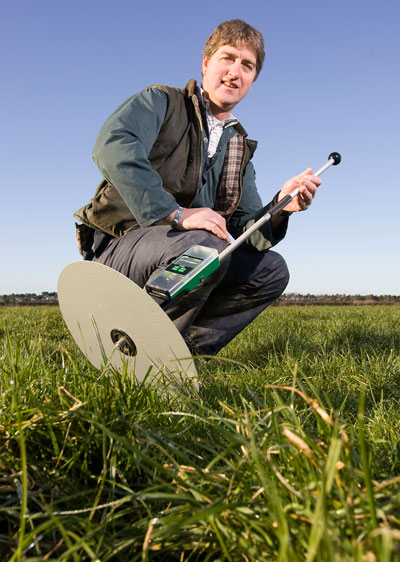 Thank God for discussion groups. They have been one of the best exports from New Zealand.

Previously, when we had such things as Margin Over Concentrates, a farm walk was the best you got. The day would, of course, be sponsored by the associated cake company or, if they were in fact doing really badly, the drug company.

We have had a few left-displaced abomasums. Any cow, usually Holstein that has a predisposing condition, such as lameness and difficult calvings have ended up with this problem. So have other members of our discussion group which is comforting.

On seeing the first swallow, the end is in sight for calving with only about 40 cows left. The above condition and retained afterbirths being the only problems. They have been on one-third grazed grass with maize silage and brewer’s grains with cake ration.

Now we are over magic day we have dropped the supplements and are feeding 3kg cake along with first-class grazing. They are taking covers down well, so second rotation grass will be great eating – for the cows that is.

Another 60 days and another TB test – this time half the number again with nine reactors. It’s sad to see freshly calved cows go especially as the herd is milking well at 27 litres, or over 2kg milk solids, which is the best the cows have done since I have been here and that’s with nearly 50% heifers.

We have taken health and safety advice when driving our quad and always wear a helmet. This was lucky as recently, when we were rounding up a heifer I got off the quad to pull the gates shut when she decided to go over me instead. Luckily I still had the helmet on. You can never be too careful.