The concept of once-a-day milking is starting to gain traction within the dairy industry, particularly for those looking to improve their work-life balance and increase profitability.

While milk prices continue to be volatile, making the move to this system may provide a unique opportunity for farmers to improve profits by reducing the cost of milk production.

However, before making the move, there are a number of questions farmers should ask themselves, says Sarah Bolt, membership development manager at independent dairy specialists Kingshay.

See also: How once-a-day milking can be as profitable as twice 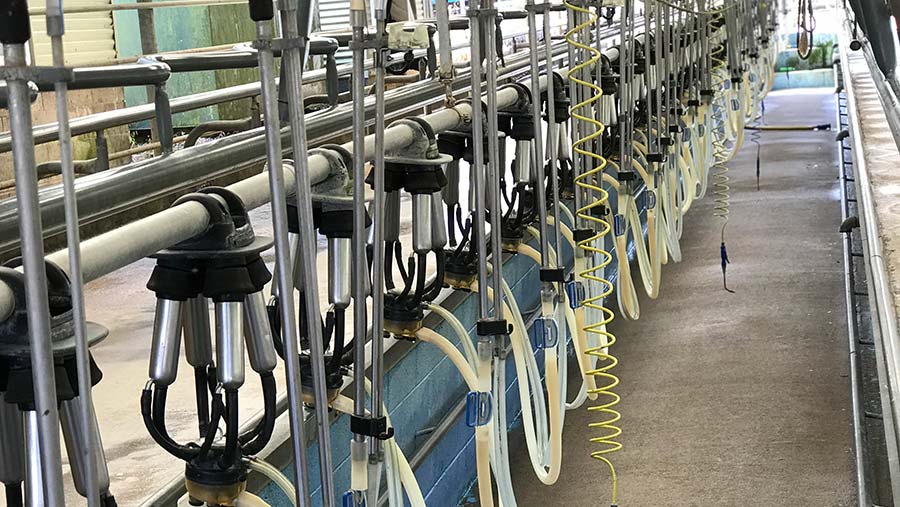 Why are you switching?

For most people, improved quality of life is the main reason for reducing milking frequency.

On average, reducing milking by one round a day saves about three-and-a-half hours of labour. However, single milking will take longer, so there is about a two-and-a-half-hour saving in daily labour.

There is also the possibility to reduce costs. Farmers often think additional litres mean greater profit, but producing less in a more efficient way can be more beneficial.

Will your milk contract support you?

Research has shown that yields drop by an average of 30% in the first year of once-a-day milking.

It is therefore crucial to consider the conditions of your milk contract.

It isn’t really suitable for white water contracts, but as it offers improvements in milk solids, it can suit constituent contracts.

Can you make it work financially?

With yields and profits likely to decrease in the first year, forward planning is essential.

Farmers need to think about whether they can cope with reduced income, particularly in that first year, and financial forecasting needs to be accurate and realistic.

For some producers, increasing stocking rates may be an option to compensate for reduced production. However, it will be necessary to compare costs for breeding your own replacements – which will ultimately take longer – and buying in animals.

Do your cows suit the system?

A 2006 study by a New Zealand vet highlighted that Jersey herds experience a smaller reduction in yield per cow – and per hectare – than Friesian herds when moving to once-a-day milking.

This may be as a result of Jerseys being able to accumulate more than 24 hours’ of milk production because of their increased concentration of milk solids.

However, as a rule, heifers don’t cope as well, so it may be that they require milking more frequently.

Have you considered the health effects?

In general, switching to once-a-day milking can improve herd health, as a result of reduced stress on the udder.

With less pressure on the cow, this means the negative energy balance is less pronounced. This can contribute to better fertility, fewer days to conception and even improvements in lameness.

The downside, however, is that somatic cell counts tend to increase as the reduction in milking frequency allows bacteria to thrive for longer.

The way around this is to keep a careful milk record to give a clear idea of where the problems are. It is also worth looking at the size of the claws on the milking machine. Milk flow on once-a-day milking tends to be higher, so you do not want any flooding that could further increase the risk of mastitis. 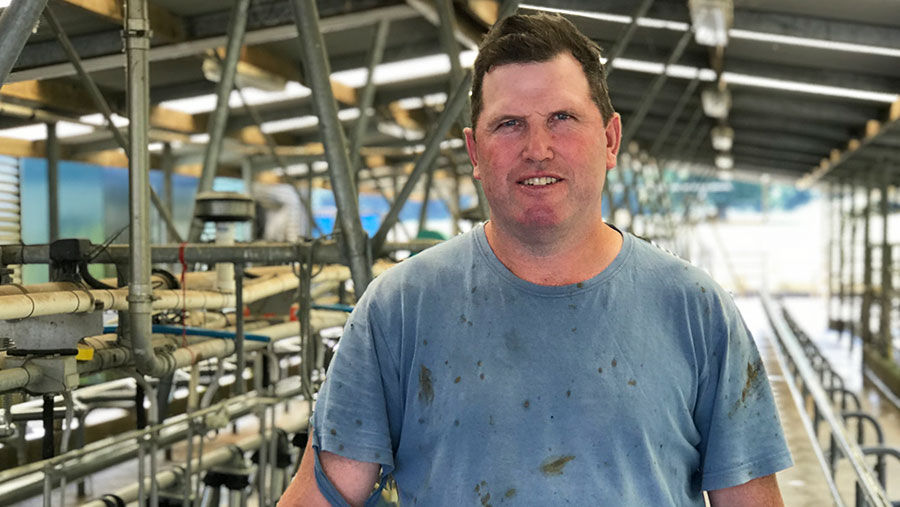 Third-generation organic farmer Derek Garrett made the decision to switch to once-a-day milking three years ago, following a change to his milk contract.

“We supply Omsco and in 2015 changed to a solids contract. I wanted a bit of an easier life, and a greater work-life balance, so it seemed like a good option.”

One of his concerns was increased somatic cell count (SCC) levels. “While I did not have a major issue before, I didn’t want it to become a problem.”

After his son came across the technology last year, Mr Garrett invested in a Saber somatic cell count reader, installing it on every fourth milking unit in the 44:88 swing-over parlour.

“The technology has enabled Mr Garrett to detect levels of both clinical and sub-clinical mastitis much more quickly, keeping SCC levels steady.

“If a cow is flagged up, we dump the milk and treat her immediately with Uddermint until cell count improves. If she keeps coming up, we will milk her until the end of her lactation and then cull.”

As well as reduced labour, one of the greatest benefits of reducing milking frequency has been the effect on herd health.

“I don’t use any antibiotics now – the cows seem to self-heal rather than need treatment. They don’t produce so much milk and they need to come in only once a day, so it has taken some of the stress off them.”

Lameness has also reduced as a result of halving the cows’ walking time, Mr Garrett says. “We have not lifted a foot in three or four months.”

How the Saber SCC reader works

The Saber SCC reader calculates cell counts by measuring the DNA released from somatic cells in the milk – with the amount of DNA directly proportional to SCC levels. 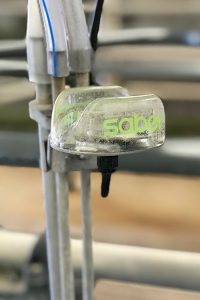 The reader is mounted directly on to the milk line and automatically collects a 2ml milk sample from each cow. This is mixed with a reagent gel, which produces a reading – all in less than 30 seconds.

The cell counts are displayed on the reader – from green (good) to red (bad) – to quickly flag up any problem cows.

Purchase prices vary from £1,500/unit to £1,800/unit, and Mr Garrett is confident he will see a return on his investment as a result of quick detection of health issues and minimising medicinal or veterinary input.

“We will see our money back for certain. One-quarter of the herd is being checked every milking, meaning we are picking up on things much more quickly than before.”