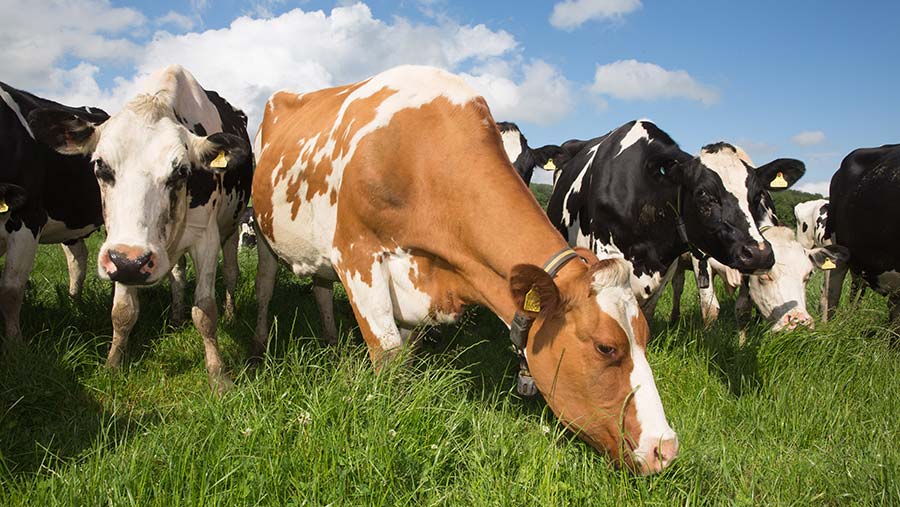 Dairy farmers have hit back at calls by vegan organisations for the UK government to encourage them to leave the industry and transition to plant-based farming.

A collective group of vegan advocacy organisations in the UK has written to Defra secretary George Eustice, asking that dairy farmers should be given help to make the switch.

The letter (PDF) claims that demand for dairy has dropped significantly since the start of the coronavirus pandemic – and that this has forced a number of dairy producers to dump milk.

“On the other hand, the UK market for dairy alternatives has grown by 150% in six years. Plant-based business is positively booming.”

The vegan collective, which includes the Vegan Society, Animal Aid, Viva! and Peta UK, states that instead of the government providing financial help for the dairy sector, it should support for “a progressive transition over to more sustainable, healthier and planet-friendly, non-animal-based agriculture”.

“We strongly believe that financial assistance should be focused on supporting farmers to move to this more sustainable and compassionate alternative,” the letter states.

However, UK dairy farmers have reacted angrily to suggestions that their industry is in decline and accused the vegan groups of disseminating “misguided” information.

Ben Paterson, a dairy calf rearer and relief milker based in Cheshire, said: “Demand for dairy isn’t down. Other than the 3% drop in production that farmers have been asked to do because of the coronavirus, I don’t see the demand on the supermarket shelves is down.

“I go into the Co-op stores and since the start of the pandemic, all the milk has been selling out on shelves and then being re-stocked.

“The reason some farmers are having to pour away milk is because of the likes of Costa Coffee being shut. It’s a supply chain issue rather than a decrease in demand.”

He added: “Milk goes into so many things – chocolate, cream, ice cream, etc. I just don’t think we can grow enough crop to make oat milk sustainable enough to feed the nation.

“When you look at these other countries where they are making almond milk, the people are kept in terrible conditions, far worse than we keep our cows in.”

Richard Pilkington, who runs the Aintree Holsteins herd in Hope, near Wrexham, said: “My neighbour was up in arms because she could not get milk from her local shop.

“It’s not the case that there has been a drop in demand for milk. The end user/place of consumption has changed and we cannot get the milk to the market that wants it at the moment.

“Because of the closure of the foodservice and hospitality sectors, it has been difficult to redirect our milk in a hurry. If there had been some planning, we would have been okay.”

Any suggestion that the dairy industry is in decline is not supported by the evidence, the AHDB has said, as demand for milk remains strong.

AHDB strategy director for dairy Paul Flanagan said: “A total of 98% of UK households continue to buy dairy products and recognise the important role it plays in a healthy, balanced diet.

“In fact, our latest research shows that in April, sales of dairy products were up 9.2 per cent compared with 2019 – driven by milk, of which an additional 38 million litres were sold compared with last year. This is the highest volume of milk sold in April in at least five years.

“The challenges facing the dairy industry today due to coronavirus are not the result of a decline in demand from consumers, it is the loss of foodservice, with restaurants, pubs, cafes and tearooms, which normally consume oceans of milk and other dairy products, closing overnight.

“And while figures show there are fewer dairy farms in the UK, through efficiency gains production levels remain the same. Dairy has always been, and I am confident will continue to be, an integral part of people’s lives.”