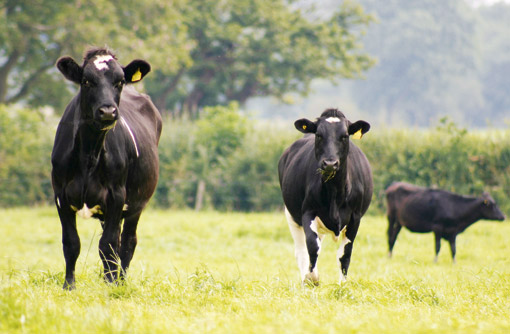 Holstein Friesian heifers calving at 23-25 months achieve the highest level of performance in terms of yield, fertility and survival during their first five years.

To hit that target calving age, heifers must achieve daily growth rates of at least 0.75kg during the rearing period in order to reach 350kg at first service at 13-14 months.

Research by the Royal Veterinary College (RVC), London, found heifers that had been well-grown during the rearing period were the best prepared for their life ahead, says Jessica Cooke, Volac’s young animal technical specialist, who was involved in the research.

“Those heifers served at 13-14 months had the best fertility – 84% conceived to first service, compared with only 51% of heifers served for the first time at 17 months. Furthermore, those early-served heifers’ higher levels of fertility continued during their first two lactations.”

Dr Cooke explains that dairy cows continue to grow until the end of their third lactation, so if they haven’t achieved 85-90% of their mature body weight at first calving, they will experience greater nutrient demands for their growth thereafter, which could be at the expense of fertility she says.

“Dairy cows do not become profitable until halfway through their second lactation, therefore getting the heifers off to the best possible start in order to serve from 13 months and calve at 23-25 months will make a significant contribution to the bottom line.”
Jessica Cooke, Volac’s young animal technical specialist

“On the other hand, older calving animals tend to become too fat and these animals subsequently mobilise more body tissue after calving, which has deleterious consequences on fertility.”

“Younger calving heifers produced similar milk yields in their first two lactations to those calving for the first time at older ages,” explains Dr Cooke. “Genetic and/or management differences between herds appeared to have a greater influence on yield than age at first calving.”

Delaying calving will also reduce the number of lactations and milk production an animal can achieve in her lifetime, adds Dr Cooke.

“Heifers calving at less than 26 months produced the most milk a cow over their first five years of life, a figure which was associated with both more lactations for every unit of time and a higher survival rate. As age at first calving increased beyond 25 months, then proportionately fewer animals actually achieved a third calving.”

She adds: “Dairy cows do not become profitable until halfway through their second lactation, therefore getting the heifers off to the best possible start in order to serve from 13 months and calve at 23-25 months will make a significant contribution to the bottom line.”