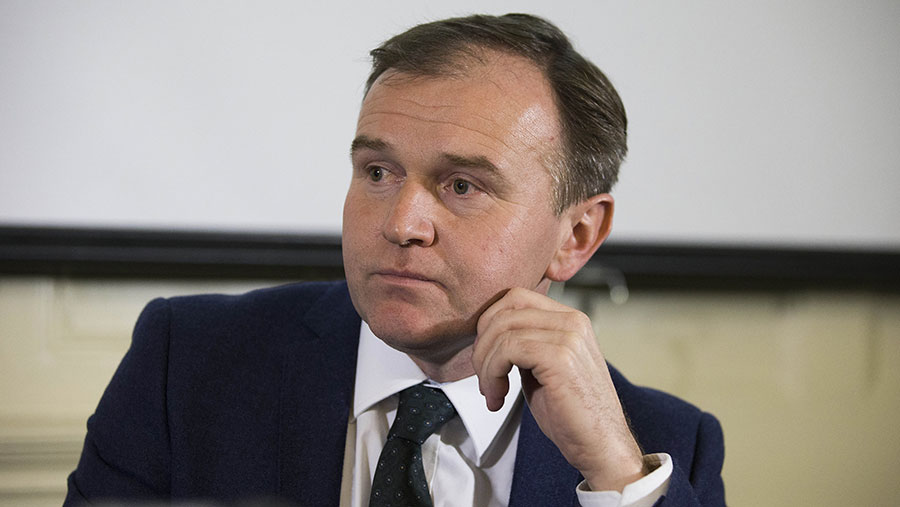 Defra minister George Eustice has hit out at extremists as he voiced support for the #Februdairy campaign to celebrate the milk sector.

Launched on Thursday (1 February), the month-long campaign aims to flood social media with thousands of posts to promote the British dairy industry and the health benefits of milk.

He said: “I have milk in my coffee, I have milk on my cereal and I am a big fan of all sorts of British cheeses, so I am quite happy to give my support to the dairy industry.

I think there is something about social media that often makes people who would ordinarily be perfectly polite act in a rather vicious and outrageous way George Eustice, farm minister

“We do live in a rather intolerant age,” he added.

“I think there is something about social media that often makes people who would ordinarily be perfectly polite act in a rather vicious and outrageous way.

“As a politician, I’ve had a lot of experience of that – as a lot of politicians do.

“I am sorry that your perfectly reasonable campaign has faced the same thing from such extreme people holding extreme views.”

The idea has quickly gathered pace and supporters.

Dr Capper said farmers needed to respond to anti-livestock groups who were trying to persuade the general public to boycott meat and dairy products.

Farmers should put more effort into educating consumers about the truths of the industry and use facts to promote meat and dairy products, she added.