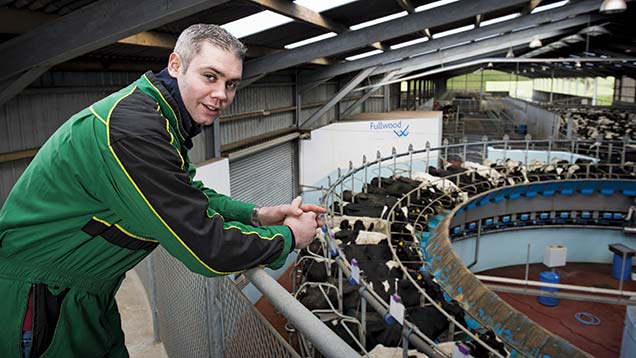 With the current world milk markets still showing little sign of improvement it’s quite hard to write something positive.

The recovery looks like a slow one unless some disaster or misfortune occurs in another part of the world to help kickstart it.

A lot of talking has been done about what happens after the quota is abolished. The past few years’ quota in Northern Ireland didn’t cause any concerns as we were linked to the mainland UK. Southern Ireland was a different story, with production being severely restricted due to the low quota levels.

There has been much talk in recent months about Southern producers ramping up production, but with the low prices this seems like a non-runner for the near future.

Another quota/restriction for both Northern and Southern Ireland is land availability. I once read a quote that said: “Buy land, because they don’t make it anymore!”

With more cows comes the need for more land, both for feed and to meet nitrates area requirements.

When we also throw into the equation the food versus energy debate, it doesn’t help the demand and cost of land either. With so many variables it seems the big push for increased production might be on hold until things improve.

Calving has now finished for a few months, which gives us time to get houses cleaned, washed out and review changes for when we start again in August.

A nice dry spell has allowed us to push on and get all the maize ground covered with farmyard manure, ploughed and the new crop sown.

We have changed some of the ground around this year due to weed problems last year. Six hectares of land is quite marginal, so we have opted to plant this area under plastic for two reasons – to allow the crop to be planted/harvested earlier and to see if there is an increased benefit in yield or starch levels.

With a favourable exchange rate against the euro, it’s costing about ₤220/ha to do plastic, whereas a few years ago it was more like ₤285.

The forage maize area has increased slightly to 39ha and also more lucerne has been planted, bringing the total to 9ha.