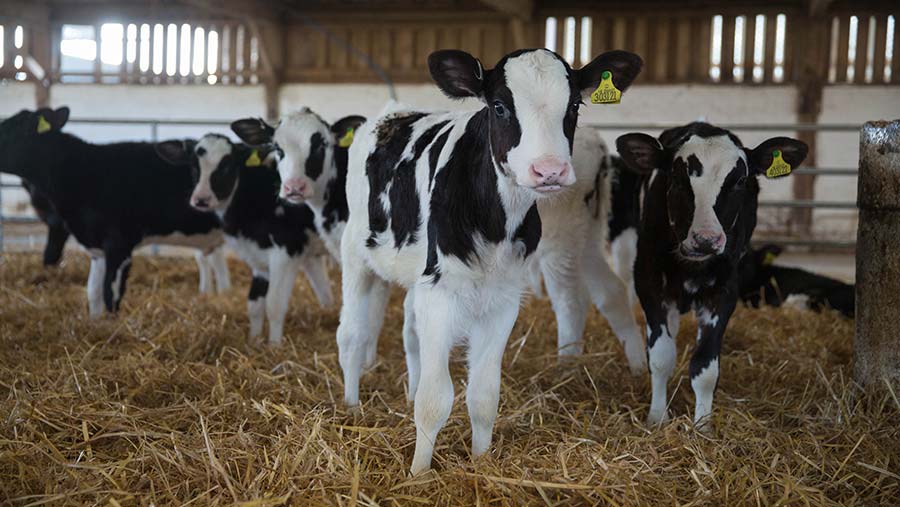 The AHDB’s calf to calving initiative has highlighted the importance of regular heifer weighing.

The two-year project, run by AHDB Dairy, shown how much growth rates between heifers can vary, highlighting the importance of monitoring in order to improve calf survival and increase the number of heifers making it to first lactation.

Results also show many heifers fail to hit the growth rates necessary to calve at the most economical age of 24 months.

Background to the project

There were 12 dairy farms enrolled in the initiative – six autumn block calvers and six with a strong spring-calving bias.

On each of the farms, the growth, nutrition and health of 10 heifers were monitored every three months.

Some of the targets the farms were set included:

The findings show the inconsistency in growth rates on several of the farms:

“The results from the 12 farms show it’s impossible to estimate weights by eye or spot variation in growth within a group by looking into a pen. Regularly weighing animals and managing heifers in weight groups is essential to make sure they stay on track,” he says.

“If you turn heifers out to grass, weigh them at turnout and then weigh 10% of them two to three weeks later to see if they have grown. Split heifers according to weight at grass and supplement those that need it.

“There is a marked spread in performance within groups, so farmers need to target management better to ensure consistencies in growth,” Mr Dodd explains.