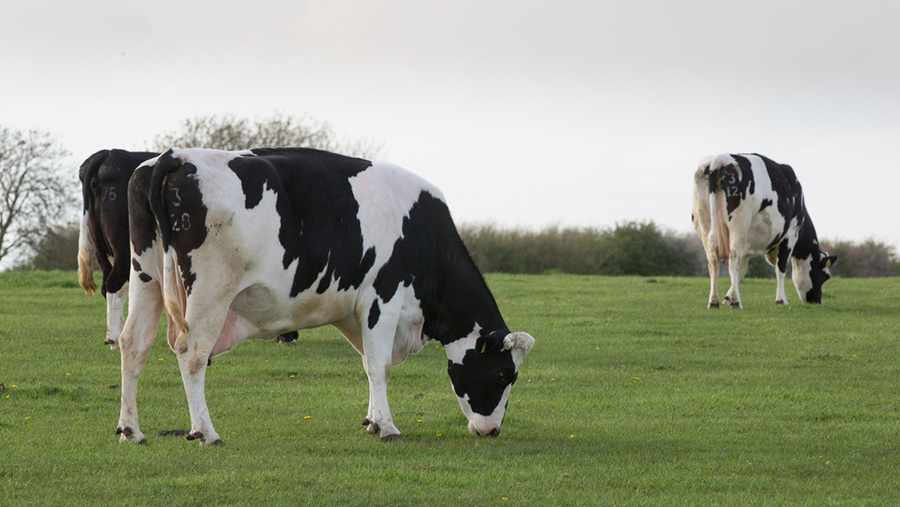 At a London meeting last week, Richard King, partner and head of business research at The Andersons Centre, presented figures showing the relationship between a higher milk from forage output and greater profitability.

While grass is the most cost-effective way to feed a dairy cow, factors, such as farm size, layout (scattered fields or fields separated by roads or railway lines) could make the switch to a grazed-grass system difficult, said Mr King.

“What our modelling is trying to show, or does show, is that the forage-based model is almost a midway, where you can bring in some of the benefits of focusing on grazed grass without having to go all the way down the route of completely changing your system, which of course is a long-term undertaking,” he said.

“Moving that radically might not be for everybody but certainly taking some of the elements of that system and applying it to a slightly more intensive sort of production does appear to have some benefits.”

According to Ben Wixey, national agricultural sales manager at Germinal, this message is beginning to sink in with dairy farmers.

He claimed there has been an increase in milk produced from forage every month from August 2015 to March 2016.

Increasing production from forage now could also pay dividends in future, he said.

“If the major processors are going to move to paying dairy farmers by solids we need to get involved in more forage production,” he said.

“We’ve got a bit of a heads-up that this is coming, we need to get more involved in forage management to take advantage of that different payment scheme.”

“We must have perennial ryegrass in the sward – it is better yielding, it has a better response to fertiliser, it is better quality, and it has better digestibility once it’s got inside the animal,” he said.

Cutting silage at the right time is also vital, as leaving it too long can mean a loss in its digestibility (or D value).

“And if we’re looking to produce 11.5ME silage to feed dairy cows – high energy silage – we need to be cutting that grass at about 72 D,” he said.

To ascertain the value, he suggest picking 100 tillers from the field. If the seed head is emerging from the grass shoot in about 10% of cases, the grass is at about 72 D, he says.