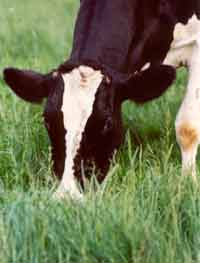 Dairy farmers are failing to capitalise on their cheapest source of feed, as seen in significant recent reductions in the amount of milk produced from forage.

So pronounced has been this trend – which has emerged strongly over the past five years – that, for many farmers, only an increase in milk price over the same period has maintained their margins at a sustainable level.

This conclusion can be drawn from the latest results from Promar’s Milkminder (see table, below), which reveal that milk production from forage has declined to 1943 litres a cow (rolling average December 2009), compared with 2642 litres in December 2004. This represents a reduction of more than 26%.

Meanwhile, concentrate use has increased in parallel and now stands at 2.64t a cow for the average Millkminder herd. This is almost 0.5t more than five years ago, and has occurred in spite of rapidly rising costs for bought-in feeds (see table, below). This trend is almost exactly mirrored in many other companies’ costings.

There’s a variety of reasons behind these changes according to Derek Gardner, Promar national dairy consultant, but many can be traced to the substantial decline in the value of quota.

“Farmers reacted by chasing litres, irrespective of the margin or profit that was likely to result,” he says. “This is likely to be a bad thing, and it’s compounded by the fact that many of the people around the farmers – from their herdsmen and nutritionists to the breed societies and milk recording organisations – are also motivated by yield.”

But feeding extra concentrates at already high levels of intake is known to result in a minimal response in terms of milk production, to the extent that at the high end of the scale, each extra litre is likely to cost more to produce than the value of the milk.

“If milk price hadn’t gone up, the situation would be dire,” says Mr Gardner. Recent reductions in price should, therefore, prompt a reappraisal by many farmers who should ask themselves whether the extra £1 they spent earned 90p or £1.10.

“All too often, they’d find it didn’t actually pay,” says Mr Gardner, who advises instead that more litres should have been produced from forage.

“There are many farmers in other parts of Europe with whom we compete who would love to have our grass-growing capabilities. They look at us and wonder why we are following a US system of feeding high concentrates when we have cheap feed at our fingertips.

“And we’ve seen so many advances in the last decade – of better maize silage, better grass varieties and improved silage making techniques – but it all comes to nought if you are driven by achieving yield from concentrate feed alone,” he says.

Andrew Cook from British Seed Houses concurs, also believing that producers have lost sight of the production costs for extra litres of milk.

He agrees that good-quality grass in the diet will mean that milk is far cheaper to produce, and recommends a strategy to improve forage availability, quality and use from every sward on the farm. Cumulatively, these have the potential to significantly increase milk production from forage.

“You can significantly improve availability by choosing grass varieties with better quality and season long growth, so that you achieve a longer grazing season on high ME swards,” he says.

“These include the new Aber High Sugar varieties like AberMagic, AberDart or the new tetraploid AberBite, which have extended growth in spring and autumn coupled with the best summer and autumn quality as they maintain their D-value throughout the season.

“Most important of all, it is essential to select varieties from the independent Recommended Lists that are freely available at www.herbagevarietiesguide.co.uk – that way you know they have proven credentials to perform in this country.”

Sward quality he says can be regularly assessed by keeping an eye on perennial ryegrass content.

“Once a sward is four to five years old, indigenous grasses such as creeping bent or rough stalked meadow grass can make up 30-40% of its content,” he says. “These grasses have around five units less D-value than a modern perennial ryegrass and only about 60% as much yield.

“So walking the field and assessing the proportion of weed grasses as well as docks and thistles is a good idea and, if there’s less than 65% perennial ryegrass, you will get a return from reseeding without any doubt.”

To achieve better use of the sward, Mr Cook says it’s first essential to know how much grass is available.

“This knowledge will enable you to use grass far more efficiently by optimising grazing heights and stocking densities, identifying peaks and troughs in production, and fertilising and reseeding more strategically and effectively,” he says.

“This way, you’ll not only maintain your grassland in optimal condition, but be better able to plan ahead and determine which fields to shut up for cutting.”

Although seasonal and other variables make it impossible to quote a constant dry matter production a hectare that would apply to any sward, he says that a height of 8-10cm is likely to equate to about 2700kg/ha DM in spring.

“It doesn’t matter what you measure it with – it could be a welly, a plate meter, a sward stick or simply the third leaf system – but it’s important you measure it so you know what’s available to the cow,” he says.

Mr Gardner is equally keen that farmers know where they stand when it comes to forage and grassland as well as concentrate use.

“Within any level of feed use there’s a huge range in performance from people who are good at the job and those who are not,” he says.

Citing a range of costs for bought-in feed, from less than 5p/litre to more than 12p/litre, he says that every farmer should know where he stands within this range. And both Derek Gardner and Andrew Cook concur that the logical approach to making improvements is to produce more milk from forage which in turn will increase margins a cow and a litre, as well as overall profitability.

Yield from all forage per cow (litres)

• Milk from forage has seen a dramatic decline in recent years.

• This largely results from the tendency to produce more litres from concentrates as restraints due to quota have eased.

• Instead, producers should be improving the quality and availability of grazed grass to capitalize on their cheapest source of feed.

• More milk from forage and grazed grass translates to higher margins a cow and a litre.