Milk prices need to increase further if farmers are to have the confidence to reinvest for the future, farm business consultants Andersons has warned.

Speaking at the RABDF Dairy and Livestock Event 2008, Francis Mordaunt, Andersons’ head of business research, said profitability had been better than expected for dairy farmers in the year to March 2008.

“For the current milk year we had expected the surplus from production to increase to 2.6p/litre, a return that would give real profitability to dairy farmers,” Mr Mordaunt said. 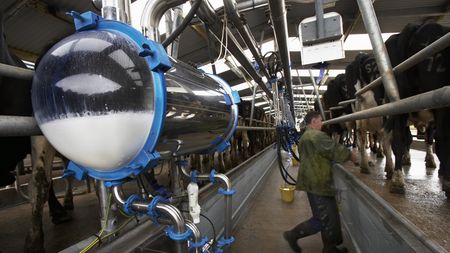 “The simple conclusion is that milk price needs to increase further, or costs to reduce very significantly, if there is to be sufficient confidence for farmers to reinvest for the future.”

Production was likely to continue to fall over the coming milk year, which would be a “missed opportunity” for the UK’s dairy industry, he added.

“UK dairying is better placed to produce milk from forage-based systems than the majority of the EU.

“Indications are that on a global basis the future for dairying lies with milk from grass.”