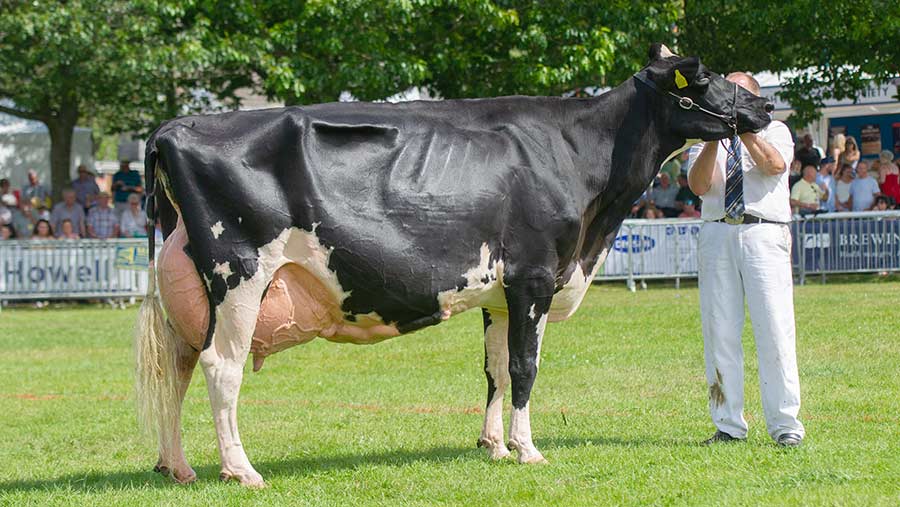 First-time exhibitors came to the fore in the dairy ring this morning (24 July) at the Royal Welsh Show.

The interbreed was awarded to Robert and Elaine Butterfield’s fourth-calver Newbirks Jazz 1584 on their debut at the Royal Welsh.

The daughter of Comestar Lavenguard was bought as a milking heifer in May 2015 from breeder A Lawson and Son in Otley and classified Ex93 – the maximum score for a fourth-calver.

She last calved in March and is currently producing 65kg at 4.55% butterfat and 3.5% protein. She will now head home to Lancaster to rest ahead of UK Dairy Day in September.

In reserve was another first-time exhibitor, Torrence Summerfield from Newcastle-under-Lyme, Staffordshire, with her Brown Swiss Kedar Big Star Sinitta.

She was bought privately from Jonny Lochhead, Dumfries. 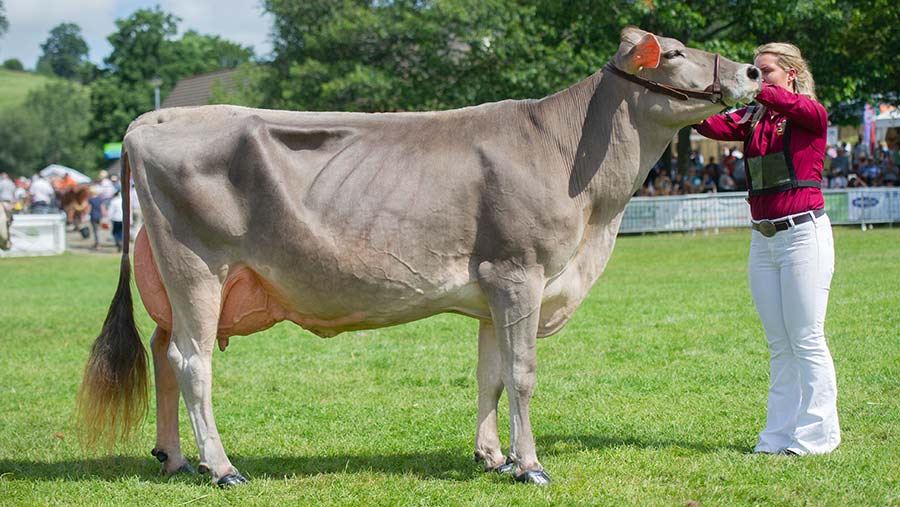 Sired by Big Star, she is out of Old Mill Starbuck Spottie and last calved with her second in March and is giving 48 litres at 6.4% fat and 3.4% protein.

Judge Richard Saxby, who milks 290 pedigree Jerseys near Doncaster, said the most senior cow was the one that caught his eye, adding that she had tremendous strength of spine and body capacity and was “so feminine and youthful” through the head and neck.

Commenting on his reserve placing he said: “She has very few faults and has a bright future.”