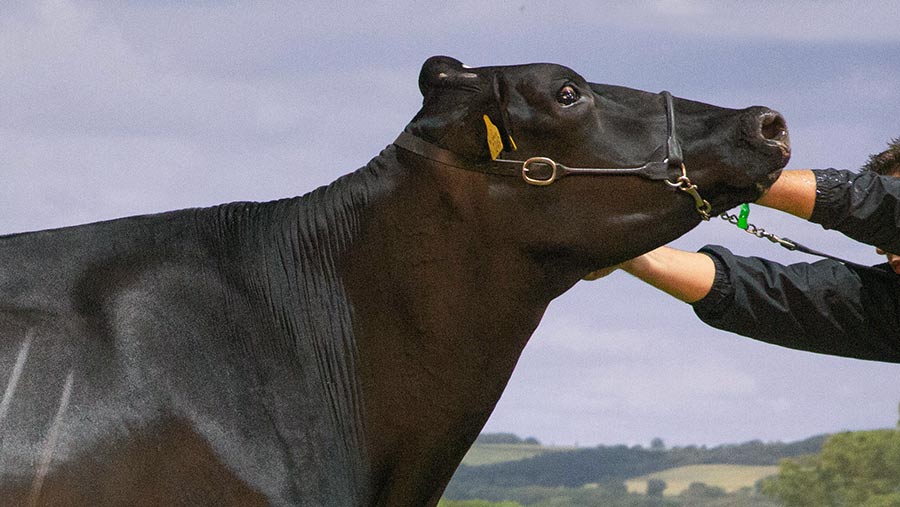 The highest accolade of the day at this year’s UK Dairy Day, Telford, on Wednesday 13 September, went to Davlea Bradnick Alicia, from Bryn, Ian and Max Davies, Illminster, Somerset.

Exhibited by Max, she beat off an extremely strong line-up in the interbreed ring to scoop the Davlea herd’s first ever supreme dairy title at the show. 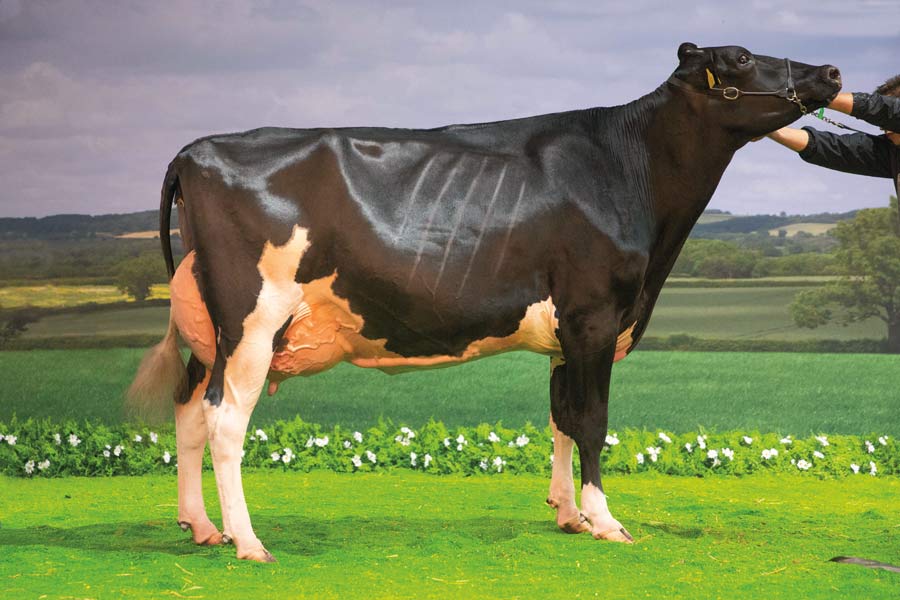 She last calved in February and is currently giving 43 litres and classified VG89 – the highest score possible as a second calver. 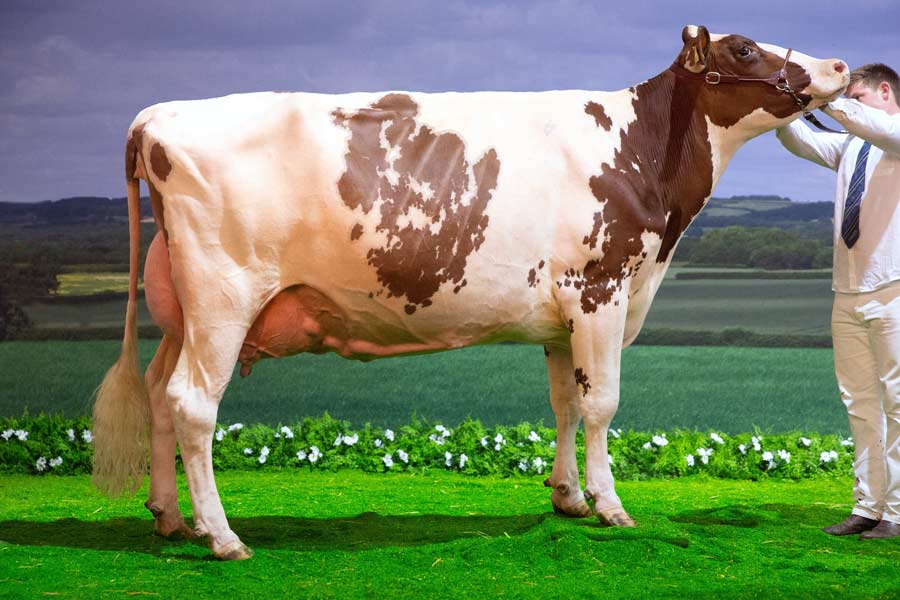 Bred and exhibited by Dave, Claire and Matt Jones, Magor, Monmouthshire, she is sired by Sandy-Valley Chipper-P and is out of Hollysprings Mighty Lawnrae Polled Red.

She calved with her third in December and is currently giving 40 litres at more than 4% butterfat and 3.4% protein and is due to calve with twins in November.

No stranger to the show ring, she has been unbeaten in the red and white championship at the UK Dairy Expo for the past two years and the family hope to take her to the All European Championship in Belgium next April.

She calved with her second just six weeks ago and is giving 45kg daily. Sired by Scherma Glenn Blooming, she is out of Gs Alliance Tau Arkansas. 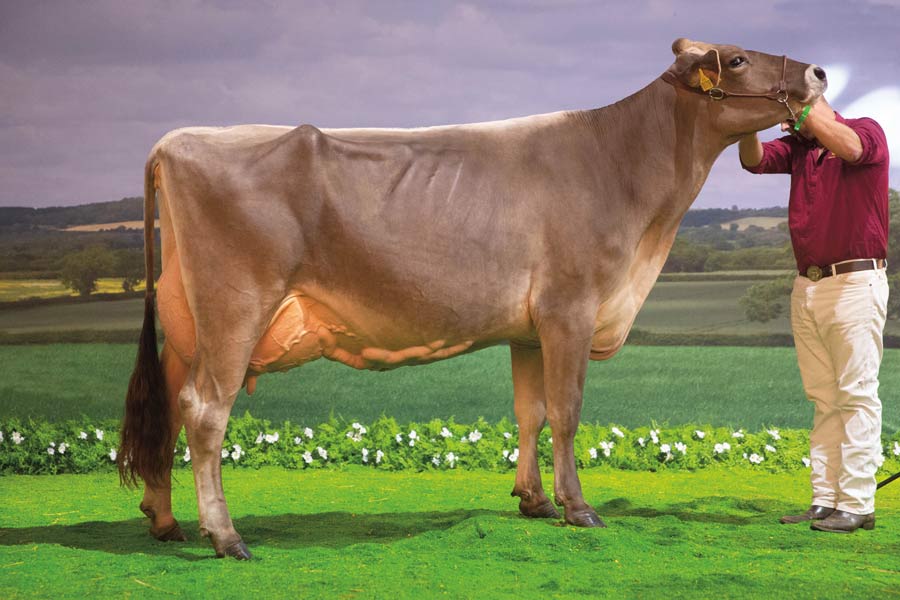 It rounded off a fantastic day for the family, who made it a clean sweep in the Brown Swiss ring, also taking reserve and honourable mention with their heifer Kedar Blooming Rosa and three-year-old milker Kedar Alina Carmen, respectively.

Winning the silverware in the Jersey ring was Windyridge Tequila Diamond, bred and exhibited by Phillip Manning and Emma Murray, from Minsterley, Shropshire. 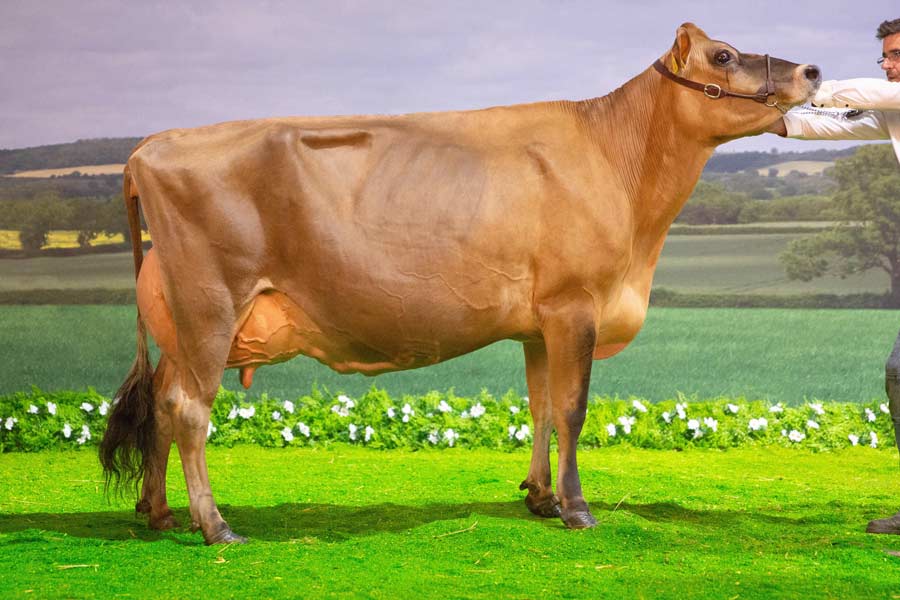 She won reserve interbreed champion at the Royal Welsh Show in August and is giving 35 litres having calved with her third in February. Sired by Tower Vue Prime Tequila, she is out of Shellen Connection Diamond.

In the reserve spot and making it the Wilson family’s third UK Dairy Day champion win was Bluegrass Crimson Blusher from their farm in Cardigan.

She was bought privately from breeders Barry, Jenny and Claire Daw, Hertfordshire, as a two-year-old for an undisclosed sum.

Now in her fourth lactation, she is giving 32 litres since calving in May and most recently was placed honourable mention at the Royal Welsh.

Reserve breed champion went to Coton-End Always Flower Red 2 Ex92, from Andrew and Alison Swale from Blackburn, Lancashire, and led out by Elliot Jackson. Sired by Synergy Always-Red, she is out of Coton-End Advantage Flower Red.

In the Holstein breed championship, Riverdane Ashlyn Gold clinched the reserve spot. Bred by Mark Nutsford of Riverdane Holsteins, Middlewich, Cheshire, she was purchased as a heifer by her exhibitor, the Wilson family of Evening Holsteins, from Thursby, Carlisle, for an undisclosed sum in November last year.

Now having calved with her second, she is giving 45 litres at 4.8% butterfat and 3.3% protein.

She was placed first in the senior class at UK Dairy Expo in March and is due to calve in December.

It was cheers of joy for the Davidson family from Castle Douglas, Dumfries and Galloway, when their home-bred seventh calver, Halmyre Urr Mayflower 240, triumphed under judge Lisa Window Walker to take the breed champion silverware. 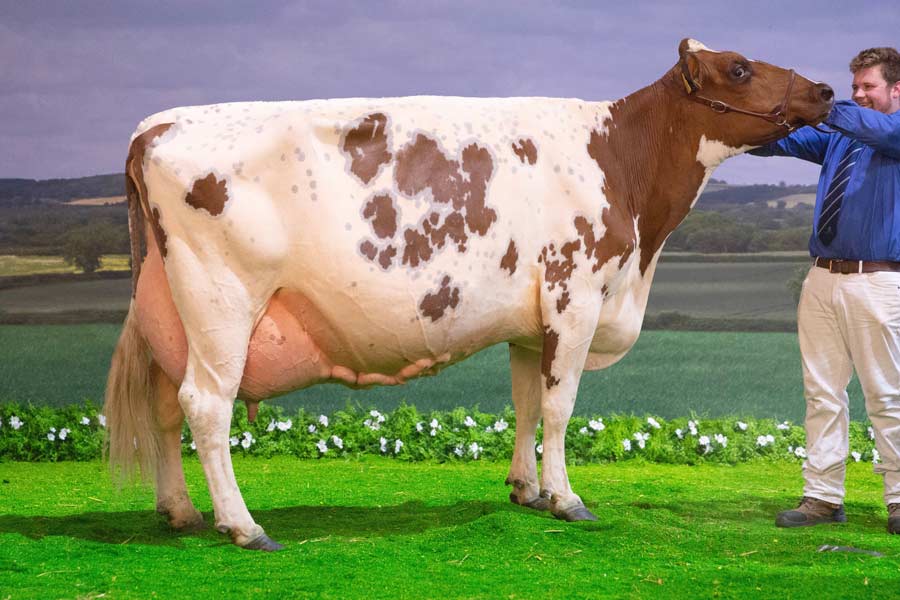 Sired by Halmyre Urr Pinsent, she is out of Halmyre Urr Mayflower 218. She calved in April and is giving 36kg at 4.08% butterfat and 2.74% protein.

In reserve was the third calver Willowfields Winnie 2, bred by Howard and Linda Batty, Shrewsbury, Shropshire, and owned in half share with DM Lindsay, Lanarkshire.

By West Mossgiel Modern Reality, she is out of Willowfields Winnie 2.

It was a clean sweep for AD and RM Thomas from Lutterworth, Leicester, when brothers George and Andrew made it a double win, taking breed champion and reserve rosettes. 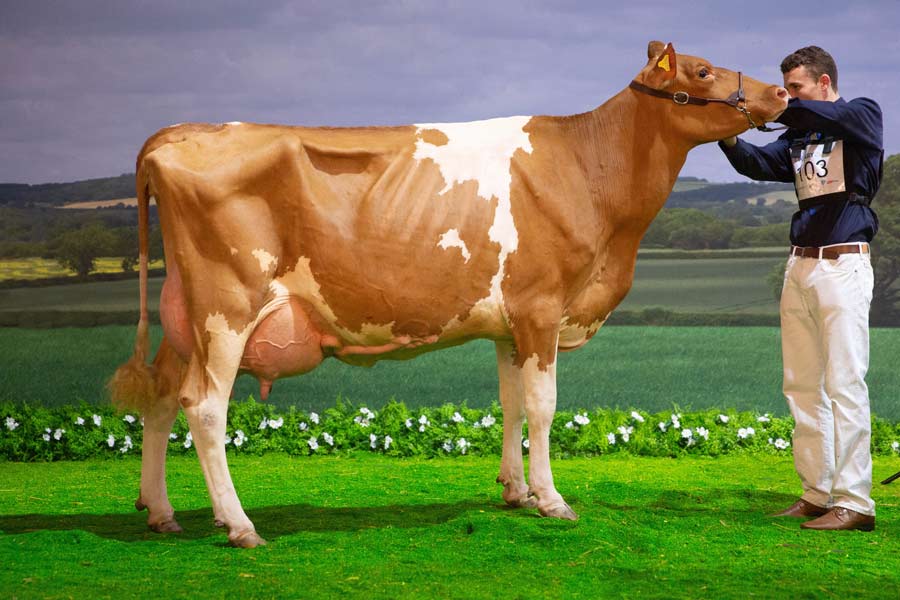 The red-ticket winner was the March-2015 born Kimcote Legend Fragrant 4. She calved in July and is giving 43 litres.

Her stablemate, the third calver Kimcote Legend Angel 3, stood second in the line-up. She calved in February and is giving 22 litres.

Both are sired by Coulee Crest Grumpy Legend.

The leading lady in the Dairy Shorthorn ring was Rob Kite’s heifer in-milk Cotonhall Absolute Joy, from his farm in Staffordshire.

It was a day of firsts with it being Mr Kite’s first breed championship win at UK Dairy Day and the first time out for the home-bred two-year-old.

Having calved in April, the eight-year-old is in her fifth lactation.

She is out of Westonia Gay Lass 4th and dired by Nejay Ernie.