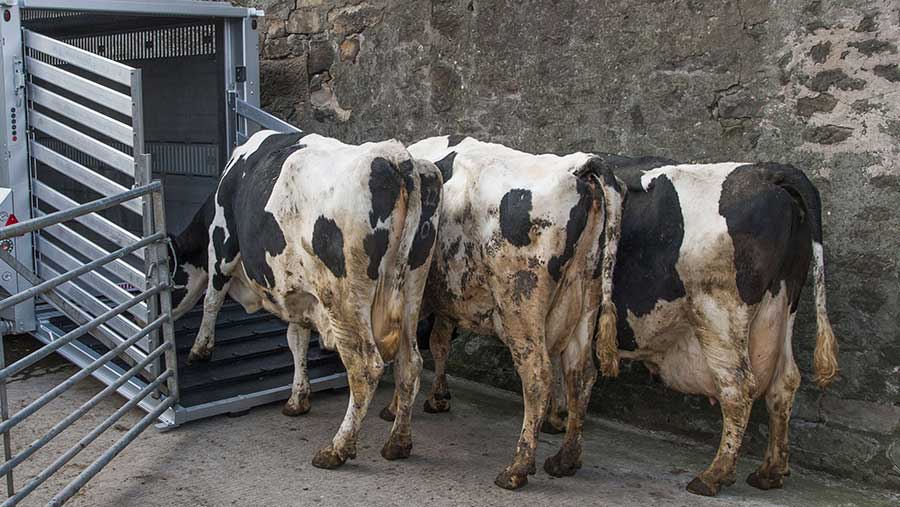 Defra has announced it will be introducing a 10-mile rule on animal movements for farmers in England in a bid to cut red tape and form-filling.

The new rules will be introduced from July and will be phased in over a 12-month period.

Under the new system, farmers will be able to move their animals around their own land, within a 10-mile radius, without the need to report movements and without triggering a six-day standstill.

Reporting and standstill requirements for livestock movements to other farms or businesses will continue to apply.

Simon Hall, veterinary director for the Animal and Plant Health Agency (Apha), said the changes would reduce the reporting burden for many livestock keepers.

“These new changes will also aid disease prevention and outbreak control measures due to the improved livestock location data we will be collecting.”

Charles Sercombe, chairman of the NFU livestock board, said the changes would simplify a system that had been a burden on the sector for many years.

“Many of our members have indicated that this is a positive step and should clarify how they manage their businesses on a daily basis, without any loss of traceability and disease control measures.”

According to briefing notes from Apha, farmers will be able to apply to register all the land that they use, within a 10-mile radius, under the same county parish holding (CPH) number. This will cover land that is used permanently or on a temporary basis.

The 10-mile radius will be measured from the “place of business” point of the CPH, which is usually the animal-gathering point or correspondence address.

Farmers who have more than one CPH may have the option to merge them.

Livestock farmers should receive a letter about the new arrangements next month.

Defra plans to start rolling out the changes from June to July 2016, and expect them be completed by summer to autumn 2017.

Currently, cattle tracing system (CTS) links have allowed keepers to link holdings if they frequently move cattle between them. These movements between holdings linked on CTS do not have to be reported.

However, all CTS links will be withdrawn by summer 2017 under the new system.

Farmers with a CTS link do not need to do anything now, but will be contacted by BCMS, which will explain the options. The same applies for farmers currently using sole occupancy authorities.

The new rules will also mean that the batch reporting exemption for sheep and goats will be removed from 1 January 2018.

Once this takes effect, all sheep movements between different CPHs must be reported at an individual animal rather than a batch level – this means that their individual tag numbers are included in the movement report (except for movements of batch-tagged slaughter animals, which are identified with just a flock mark).

Defra will also be removing the “adjacent moves” reporting exemption. This allows keepers not to report frequent sheep or goat movements to contiguous (adjacent) land on a different holding.

Once this exemption has been removed, all livestock movements between different CPHs must be reported and recorded, whether or not the land is contiguous.

Phil Stocker, chief executive of the National Sheep Association, said farmers would be able to continue to batch record within a 10-mile radius so long as they merged their CPH numbers.

Removing the exemption for longer-distance moves was potentially onerous, but Defra has indicated it should open the way up to reducing cross-compliance penalties so “it may be a price worth paying”.

“We know that Defra is keen to remove derogations related to sheep identification in pursuit of higher tolerances [on cross-compliance penalties] and while this would not have been practical within the five-mile rule, the extension to a 10-mile radius will allow them to remove the derogation while negating the need to report individual numbers for the majority of moves.”

Defra has also pledged that the standstill regime will be reviewed in 2018 once the new rules have been bedded in.