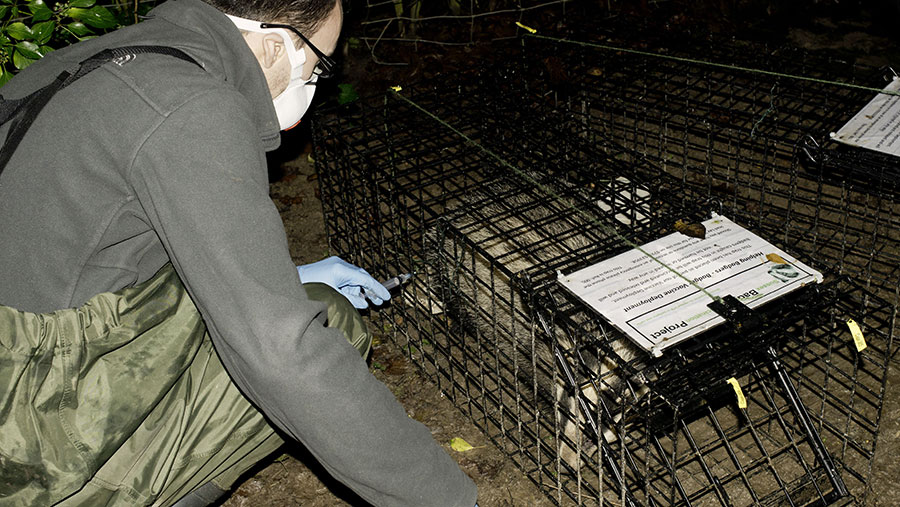 A police and crime commissioner (PCC) has written to Defra to urge it to rethink plans to extend the badger cull to his county, as part of government efforts to tackle bovine TB.

Derbyshire PCC Hardyal Dhindsa said landowner applications to shoot badgers in Derbyshire, have been met with strong opposition by constituents.

Mr Dhindsa, who is also a Labour Party member of Derby City Council, wrote to Defra to voice his support for “vaccination over culling” to prevent TB in badgers.

It follows Natural England’s announcement badgers may be culled in eight new counties in England – including Derbyshire – this autumn as part of its strategy to control the spread of bovine TB in cattle.

Mr Dhindsa said: “Derbyshire is at the forefront of a vaccination programme to limit the spread of this disease and there are no grounds, either scientifically or economically, to cull badgers.

“Badgers are a protected species under the 1992 Badger Protection Act and evidence shows shooting badgers is not a viable solution to the spread of bovine TB.

“If this is the case, then it doesn’t make sense to pursue an expensive culling programme at the cost of the taxpayer.

“I am urging the government to reconsider its position and to continue to invest in the vaccination programme in this county and beyond to protect what remains a threatened species for future generations.”

Derbyshire Wildlife Trust (DWT) said research has shown bovine TB is not transmitted by direct contact between cattle and badgers, but through contaminated pasture and muck.

It says culling badgers is unjustified and costly and that vaccination remains the only answer.

In February, the trust announced its badger vaccination programme would continue for another four years thanks to funding from several sources, including £80,000 from National Trust, £4,000 from the High Peak Derbyshire Badger Group, £40,000 from DWT itself, topped up by £181,906.76 from Defra.

The trust says it costs approximately £80 to vaccinate a badger “which is far less than the reported £6,000 it costs to shoot one”.

Debbie Bailey, who leads the co-ordination of the vaccination project for DWT, which began in 2013, said: “It is better value for money than shooting badgers – vaccination makes financial sense. It also reduces the risk of spreading bovine TB, which is a big concern when badgers are shot.”

This figure consisted of costs incurred from staff, training and personal development, vehicles, accommodation, the Bacillus Calmette–Guéri vaccine and printing and publishing materials.

In February, Defra farm minister George Eustice said “no single measure” would eradicate TB, which is why the government is pursuing a wide range of interventions, including cattle movement controls and a cull of badgers in areas where disease is rife.

But he added: “While the badger culls are a necessary part of the strategy, no one wants to be culling badgers forever.”