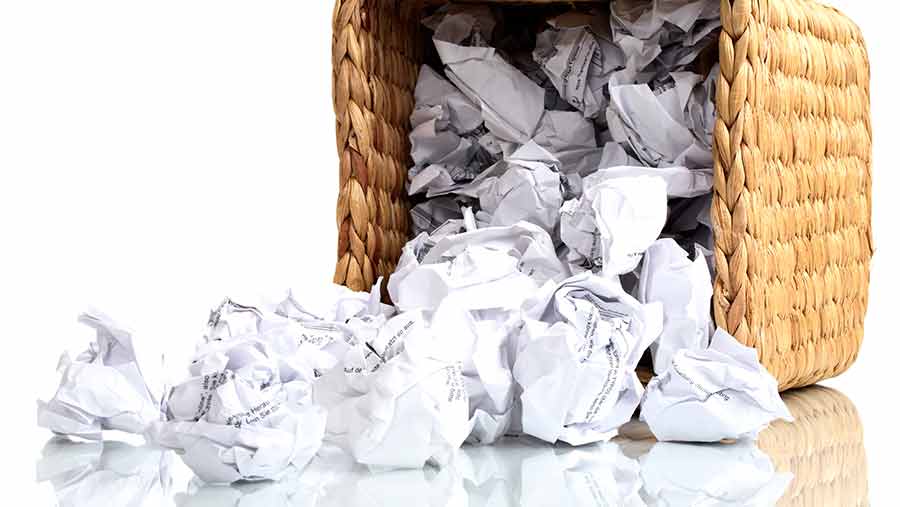 University researchers are reformulating cow and sheep rations with waste paper in the slim hope of drought-proofing farms in central Colombia.

Scientists at the University of Colombia will combine paper in a total mixed ration diet at 15% in a dairy trial to evaluate the product as a means of sustaining livestock through dry years.

This is in the belief that 55% of newspaper is cellulose, which can theoretically be converted into energy by ruminants.

As a stop-gap, Colombian researchers say that paper feed could be of use to smaller producers most at risk from silage failure in El Nino drought seasons, which typically come every three to seven years.

The trial adds to a body of research dating back over 40 years showing feeding newspaper as being largely unsuccessful. This includes supplementation with molasses, hay, soya bean meal and grain for improved digestibility.

One 1994 study in the Journal of Animal Science found that adding 2% and 4% hydrochloric acid solution to paper increased digestibility when fed to small groups of ram and wether lambs.

He stressed that based on previous work with recycled newsprint, a large portion of the cellulose present would be lignified, reducing digestibility, much in the same way that D-value falls in grasses as they mature.

“Paper has been trialled as a feed for sheep and cattle various times before but it has very low digestibility, limiting its ability to provide energy and nutrients,” he told Farmers Weekly. “The cellulose in paper is what is known as ‘structural fibre’ and is highly lignified as it typically comes from trees.”