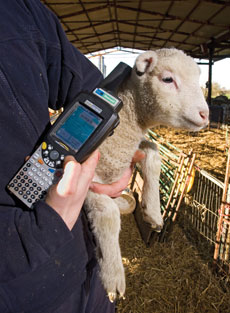 English lambs intended for slaughter will be exempt from electronic identification (EID) rules, the government has confirmed.

Farmers in England will not have to tag sheep intended for slaughter before they are 12 months when the rules come into force on 31 December.

Farm minister Jane Kennedy said: “We have been pressing hard in Europe for changes that will help to reduce the burden on the sheep and goat farming industry.

“While we believe that the costs of the new rules still outweigh the benefits, we need to avoid the even higher costs of not complying with EU law and we’re working hard to ensure that the burden on farmers is as low as possible.”

The exemption from having to record animals intended for slaughter before they were a year old could save the industry £8m to £11m per year, said Mrs Kennedy.

“We will continue to work with farmers to ensure that the costs of implementing the new system are as low as possible.”

The government had already secured other changes to the EID regulations which would considerably reduce the burden on farmers, said Mrs Kennedy.

EID is an EU requirement which introduces individual traceability of sheep to enable more effective control in the event of an outbreak.

Defra plans to consult on implementation of the new rules and the use of the slaughter derogation in the spring.