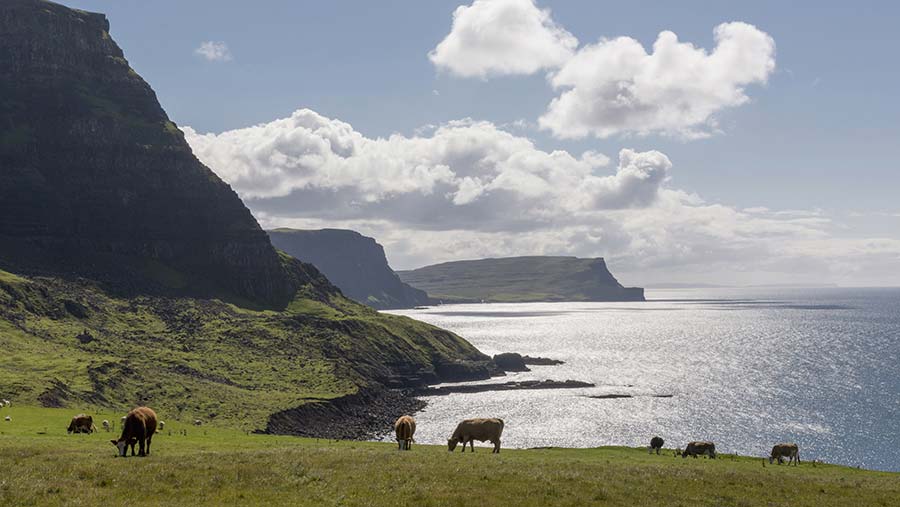 A cattle farmer on the Isle of Skye is devastated after an outbreak of bovine TB was confirmed in his herd.

A Scottish government spokesperson said: “The source of infection is under investigation.”

Scotland has been officially “TB free” since 2008, but some cases are still confirmed in the country.

To preserve this status, less than one-tenth of 1% of herds must have had the disease over the past six years.

Defra figures show that there were 40 “new-herd incidents” in the 12 months up to April 2017. The vast majority of these incidents stem from infected cattle being brought in to the country.

The latest outbreak on the Isle of Skye follows news that a strain of TB was confirmed in badgers in Cumbria.

NFU Scotland released a statement on behalf of the farmer, who does not want to be named.

“This is an extremely worrying and very difficult time for me,” said the farmer.

“The cattle that tested positive on the farm have been slaughtered and further laboratory tests are now under way to see if they have TB.

“Waiting for those results is very stressful, but I want to get to the bottom of this, get my herd restrictions lifted and get my TB-free status back as quickly as possible and I will work with the authorities to do that.”

A NFU Scotland spokesman said the farmer, an NFUS member, is “devastated” and going through a “terrible time”.

“We are working with him and the authorities to ensure he gets the support and advice needed to help him get free of current herd restrictions,” he added.

“Thankfully, such TB cases remain rare. Scotland has achieved disease-free status for TB through a combination of routine testing of our herds; abattoir surveillance and pre- and post-movement testing of animals moving into Scotland from high-risk TB areas in other parts of the UK.”