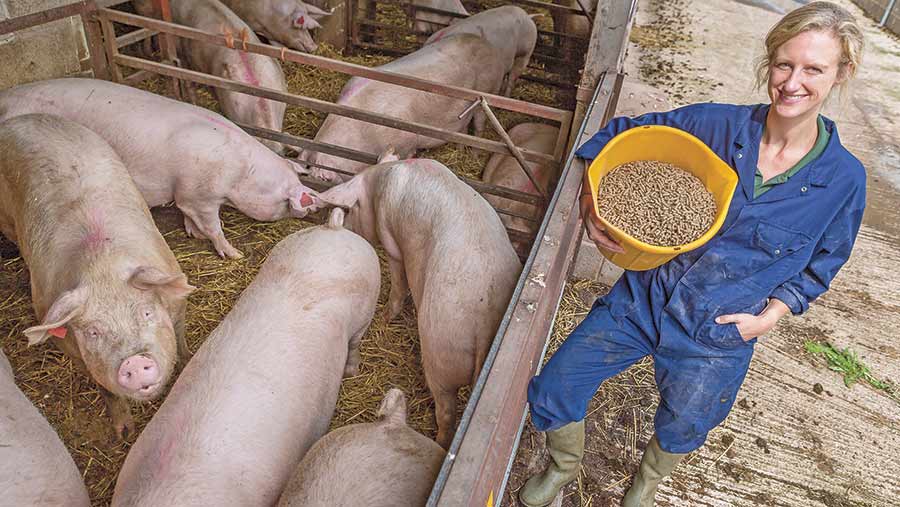 Pig farming has always been considered to be a boom and bust industry.

Sustainability has been a buzzword for a few years now, particularly in an era where retailers have been seen to threaten the viability of food supply chains as consumers demand low prices.

In 2013 Tesco launched a direct contract for pig farmers linked to the cost of production. The aim of the contract was to counteract the volatility in both the input costs, notably feed, and the pig price.

As a young farmer coming back into the family business, any opportunity to manage my risks by levelling out the price was a no brainer for me.

I may not receive the cream of the market when the price peaks but I know that I will not lose money when the price bottoms out below cost of production, as it often does, provided the farm is performing well. This gives me the ability to manage cash flow and plan investment.

Over the last three and a half years we have had several meetings with Tesco and Tulip to ensure the contract works for everyone.

This is also leading to the development of the Tesco Sustainable Pig Group, where ideas are shared on best practice and where I hope benchmarking is developed to drive efficiency, improve performance and increase competitiveness in the supply chain in a post-Brexit world.

We need to make major investments on the pig unit and ultimately need a fundamental reworking of buildings and pig flow.

With the batch system it has become clear that we are tight on finishing space and cannot take the pigs heavy enough to make the most of our contract.

Not only that but we also have major time inefficiencies in an old farrowing house and our dry sow accommodation needs freshening up.

It’s a big wish list, but with the stability of the contract we are on I’m hoping it will be achievable over the coming years.