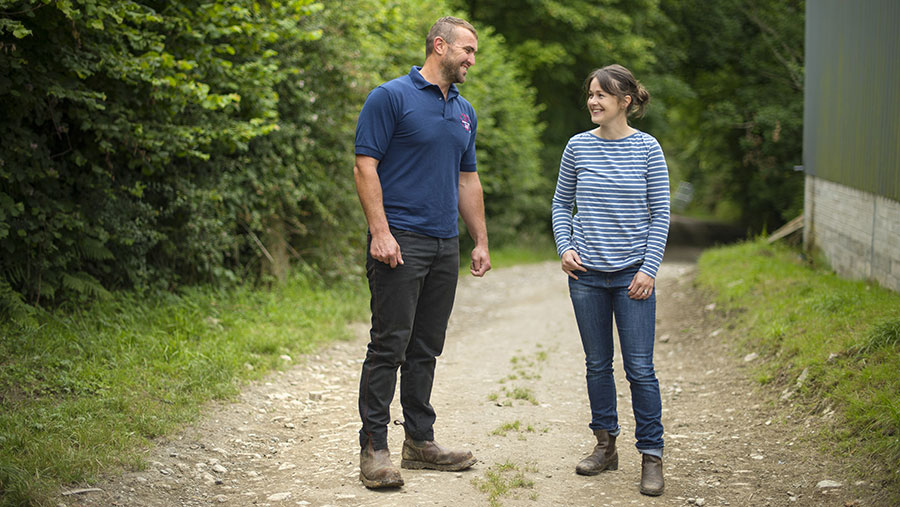 Hopefully when you are reading this, summer is well on the way to making its presence felt.

All that talk about March coming in like a lion, out like a lamb – what a load of… I think the lion ate the lamb! So, needless to say, lambing has been character-building.

Pip has been banned from outside on the farm. She is very frustrated about not being able to help, but we had a touch of campylobacter go through the ewes and cause some abortion, so after already having had a bad experience with Pip miscarrying last year, she was banned from sheep work.

Although the new slatted shed was finished later than we would have liked, it was a nice feeling to be able to bring the triplets and older ewes in while it was snowing again.

In fairness, most of them have got on quite well, lambing outside despite the weather and everything else that has been thrown at them.

We managed to get the fertiliser out reasonably early on our flat ground in the middle of March without it getting washed down the hill. So even though we don’t have an abundance of grass, at least it is the right colour and trying to grow, which seems to be very exciting.

We have put all the young deer out, more because we were running out of silage than because the grass was ready for them, but they seem happy all the same to be out.

Shearing is slowly starting, with a few early Dorset farmers getting things shorn before they put the rams out again. I do like getting off the farm and seeing other farms – it keeps things in perspective and reminds you that you are not the only one with random issues.

On the shearing note, after returning from New Zealand and seeing the massive worldwide shortage of shearers and what farmers are paying to get their sheep shorn, it got me thinking.

If you are a young person who enjoys shearing, would like to travel the world and don’t feel as if there is much on offer around the farm, considering the money on offer in other countries, I can’t think of any reason not to go.