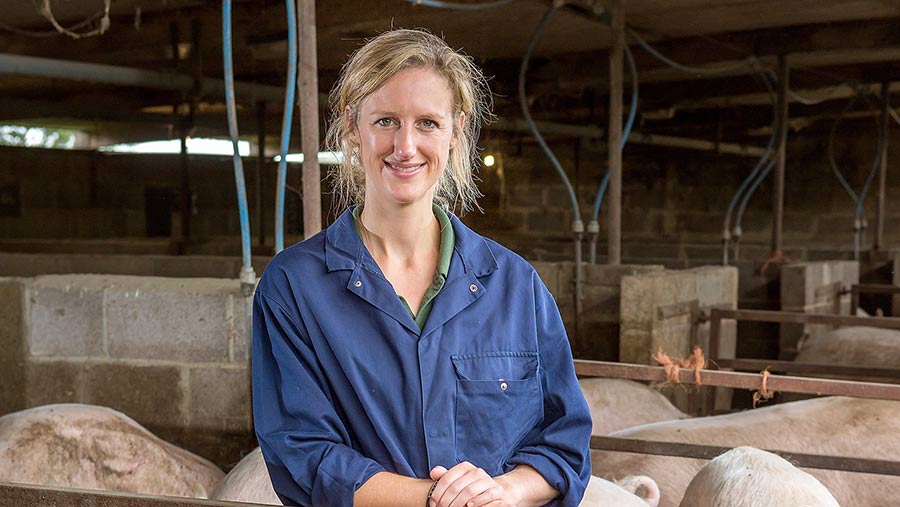 Finally, after several months of sub-optimal finishing performance due to the legacy of the hot weather, some health issues and a terminal sire that didn’t suit our farm, I am pleased to report that we have just cleared a cracking batch.

Disappointingly though, despite changes, we are still seeing some issues with animals not coming on heat and lower numbers born in gilts and second parity pigs.

We still think this is an energy issue at the point of weaning, so have reverted to a lower energy density lactation ration after the higher specification ration caused looseness, which couldn’t have helped nutrient absorption.

Instead, we have added a midday feed of a kilo of creep for the gilts for the second half of lactation.

There is also a possibility that we are triggering sows to come on heat before weaning. Vaccination of piglets in later lactation may mean they stop suckling for long enough to induce an early backflow of milk and therefore heat.

We have now changed the timing of both piglet and sow vaccinations in the farrowing house.

Our gilts look to be in very good – possibly too good – condition at point of service, which may affect their appetite during lactation.

Typically, we do not weigh our gilts at service, but the above growth suggests the average weight at 210 days would be 148kg. We weaned on April 1 (a decent 12.7 per litter) so we will soon know whether the changes implemented have improved the situation.

Gilts due to be served are being weighed before service, so we really know what we are dealing with before looking at the way we feed and rear them.