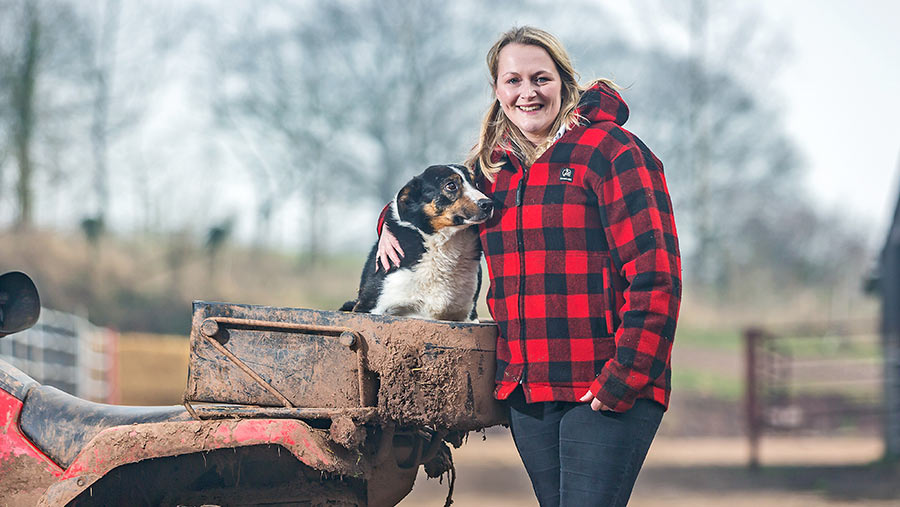 I had originally planned to write about topical farming affairs.

However, I felt the urge to discuss a more pressing and important topic that far too often gets swept under the carpet – mental health.

We recently attended a charity event organised by a friend which took place on his farm. The event was to raise money and awareness for a couple of great charities, one of those being We’re Farming Minds.

It was a fantastic evening. We enjoyed some delicious food, a promise auction and some unique entertainment involving silage effluent, tight lLycra swimming attire and podiums.

It was refreshing to see local farmers and farming business congregate to have fun, socialise and discuss something other than lamb or beef prices.

Not only did it raise a generous sum for charity, it helped raise awareness of mental health in agriculture.

Before I started farming, my previous job involved a lot of time out on farms where a large number of farmers and clients I visited were grateful simply for the chance to have a cup of tea and a talk to someone.

I mainly spoke to livestock farmers based around Monmouthshire, Herefordshire and Powys.

It was often a week or more since they had last engaged in conversations with someone other than their sheepdog. We all know too well how isolating farming can be.

The ever-increasing biosecurity measures, health and safety paperwork, rising variable costs and advances in technology also contribute to added pressures for a multitude of farmers.

The long hours mean most farmers struggle to find time for a hobby or interest outside the farm, with minimal downtime to relax and rest.

The mental health conversation is really starting to happen at last. However, there is still a lot of progress to be made.

We need to end the stigma and negative perception and address the rising trend of depression and suicide within the industry.

Make time to talk to one another. We’ve all heard the phrase ‘life is short’, so grab the bull by the horns and don’t let it drag you down.