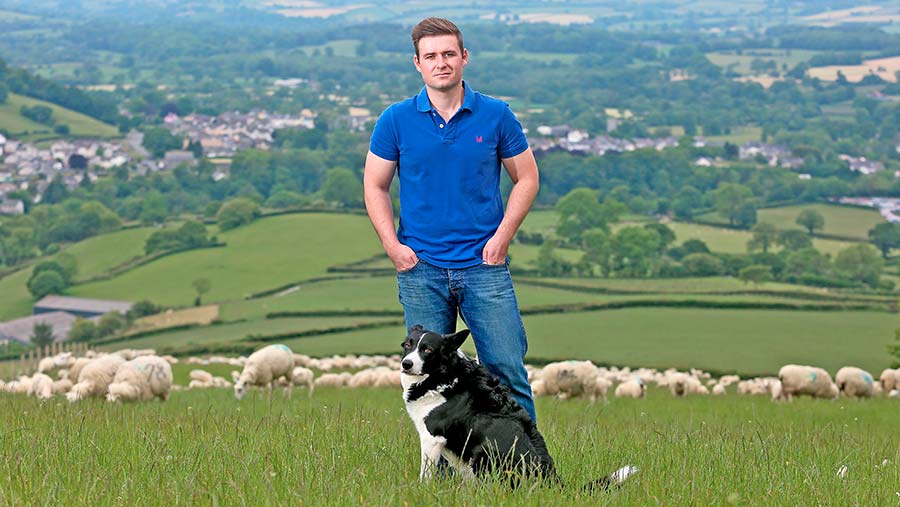 Our first Christmas rush at the butchery is over. It was a hectic two weeks with what I would call “lambing hours”, but it was a lot of fun.

We tried to make sure customers didn’t have to wait too long and have received positive feedback.

More recently, the holiday period has allowed me to spend some time on the farm. We have scanned the March-lambing flock and are pleased at 160-170%.

There were a good number of twins, not too many triplets and very few empties. Yearlings scanned at 145%, which is acceptable, but I would have liked it slightly higher.

We are experimenting with 50 heavy ewe lambs (48kg+) to trial lambing in their first year. We have not tried this before and have a lot to learn – only 15 were in lamb, all with singles.

In hindsight, talking to Iwan, our shepherd, we should have given them a couple more weeks, which we can consider next year.

Conditions are making life very difficult, with most of the farm saturated. If this wet weather continues we will have to house sheep earlier than usual, as well as the suckler herd.

Normally the cows only come inside to calve and the sheep are only housed for four weeks pre-lambing. We may have to house everything, however, to keep the land and stock in good order.

These decisions are made with animal health and welfare in mind, which is a priority. I find it disappointing and frustrating to see campaigns such as “Veganuary” trending on social media and in the press.

I believe everyone is entitled to their own beliefs and choices. I do, however, have a problem with the way some people portray livestock farming.

Promotional material promises participants that “going vegan is the easiest and most effective way to help our planet”. It also says veganism is an easy way to get the right nutrition and that farming animals causes them to suffer.

The “Veganuary” campaign fails to state that there is a world of difference between a cheap processed hamburger or hotdog and pasture-reared meat and free-range or organic food.

We have a lot to be proud of as an industry and it is our duty to make the public aware of all the benefits of buying such produce.

Shaun Hall Jones and his father Barrie farm 1,000 ewes, including an Abermax nucleus flock, and 40 Welsh Black cattle across 364ha near Llanybydder, Carmarthenshire. New projects include a farm butchery business and a shop in Cardiff.