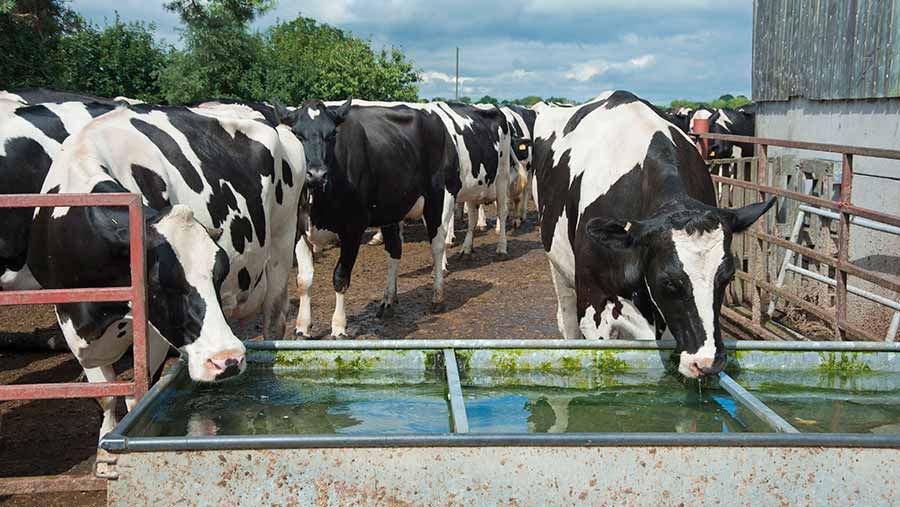 Farmers have reacted angrily after a notorious criminal visited the countryside and let out a herd of dairy cows, risking the animals’ and the public’s safety.

Grinning Liverpudlian Sam Walker posted a video of himself on Twitter opening a gate at a dairy farm in Cheshire, and letting cows loose on the road.

In the two-minute clip, Mr Walker, who claims to have clocked up more than 100 offences, tells the camera: “I have had to set them free because the conditions was terrible. It was wrong.”

He confronts a young female farmer, saying: “How come they are living in these conditions? This isn’t good conditions for them to be living in, is it?”

Mr Walker, who is wearing a black Gucci T-shirt, is then told by a young male farmer, who tells him “move along, mate”.

The young farmer replies: “No, it isn’t. It’s a private lane, you retard.”

An exchange of words between the two results in them both using foul language.

The camera then pans back to Mr Walker, who seeks to reassure himself.

He says: “You know, they were locked in that pen all day. Every day. And, erm… So they’ve had to be set free for a bit haven’t they? Just a little bit of exercise for them.”

But the footage ends with a mea culpa realisation and Mr Walker questioning his own actions.

The video, which was recorded on a farm in Cheshire, has been viewed more than 128,000 times.

Driving down a country lane.Seen some cows living in filthy cramped conditions so thought it was only right they got a little bit of exercise🤦🏻‍♂️! If an animal is going to be killed for food then it should at least have a good quality of life before its sent to slaughter! pic.twitter.com/1Ja9Z9b4Tx

But farmers and members of the public have blasted Mr Walker on Twitter for his “reckless” and “dangerous” actions.

The Dairy Weasel (@TheBarleyWeasel) tweeted: “Fortunately, they didn’t bolt off. How would you have felt if they had stampeded and knocked someone off a bike, or, God forbid, a small child? Or even yourself?

“That’s the sort of reckless behaviour that endangers lives.”

James & Becky’s Farm (@SouthWestFarm) tweeted: “Honestly you need to open your eyes, you could have caused one hell of an accident.

“What if a child was walking down the lane with a dog. What’s the first thing the cows would do: go and investigate thus causing a stampede and probably crushing that said child to death.”

NamiLa (@nami2la) said: “Those cows are well cared for… look at them… and they weren’t covered in muck so it was obviously only a holding pen.”

Agriculture student KrissyTutty (@KrissyTutty) said: “That was so so dangerous for the public and the animals! They are kept inside during winter for a reason – to protect them and the land and when weather is better they can enjoy outside daily.”

Farmers Weekly has contacted Cheshire police to request a comment.