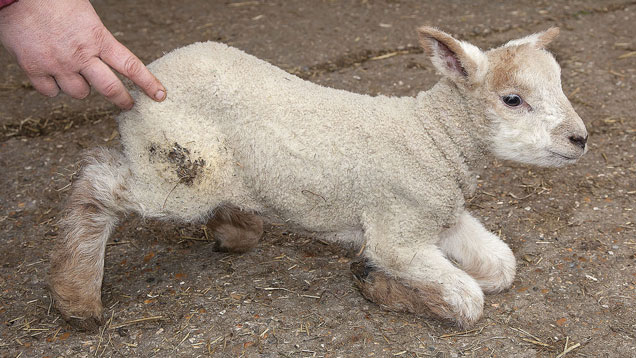 Crucial gaps in Defra’s disease scanning and surveillance system which could hinder early detection of new emerging diseases can be plugged by harnessing observations by farmers.

The gaps were identified in a recent review of data collection, aimed at speeding up action to change in disease threats.

Defra’s UK deputy chief veterinary officer Alick Simmons said there needed to be a cultural as well as structural change to improve surveillance.

“We need it to come from across industry and that includes you at farm level.”

That would require “mutual trust” on both sides with producers reporting suspected current or new emerging disease on their own or neighbouring farms able to do so without fear of recrimination, it was suggested.

Monthly reporting from a spectrum of industry groups including vets, animal health centres, trade bodies and post mortem reports allows Defra to monitor current and emerging disease, but it still had gaps, he said at the NSA Sheep Health and Welfare Group’s annual conference

Citing the recent Schmallenberg crisis as an example, the current UK system would not have picked up its emergence as early as authorities in the Netherlands, he suggested. Officials over there first realised a new disease was on its way when falling milk yield in dairy cattle was reported across several regions long before deformed foetuses in sheep emerged.

That initial data came from milk recording groups which are to be included as part of the current UK review, it was explained, which is also to identify other sources of beneficial data from trade and commercial companies.

Dissemination of disease information back to farm level had to be improved, admitted Mr Simmons, and is to be the focus of a Defra initiative in early 2015 inviting companies to tender for providing innovative solutions.

Delegates stressed to Mr Simmons aware of the value of having local slaughter/fallen stock centres which can provide post mortem results quickly aiding decision-making on treatment of disease. In response, he agreed enabling producers to react quickly and at a local level was of benefit.

Peter Baber, chairman of SHAWG, encouraged Defra to ensure that any disease information made available – whether by social media or more conventional means of communication – was provided in a practical, farmer-friendly manner.