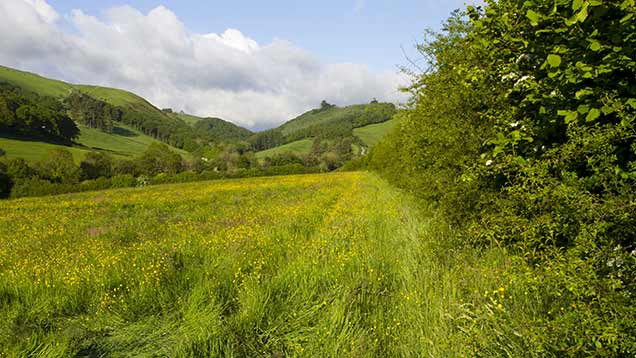 Farmers will be told to photograph invisible fences to receive payments under the government’s new Countryside Stewardship scheme.

Due to open for applications next month, the flagship Defra scheme will require farmers to photograph a host of environmental features on their farms.

In many cases, applicants will have to photograph each environmental feature or item on which they are making a claim – and show the pictures to inspectors when asked.

It includes photos of trees, hedges and invisible fences – electronic systems designed to keep livestock within a predefined area without the use of a physical barrier.

Invisible fences use wires buried under ground and special sensor collars that deliver a warning buzz or mild electronic shock to animals that stray too far.

Farmers will be paid £1.80/metre of invisible fence – which scheme rules say must only be used when it is impossible to introduce traditional wooden or wire fencing alone.

This includes on sites where conventional fencing would damage historic or archaeological features, on common land, or where it would be visually intrusive, the rules explain.

“This item helps to achieve more effective management of priority habitats or landscape enhancement, without the negative landscape effect of a conventional post-and-wire fence line.”

The requirements continue: “Successful applicants will need to keep… photographs of the installation and junction boxes in place and send these with the claim.”

The photo requirement also applies to other options, including dated and geotagged photos of winter stubble (option AB2) and regular photos of hedgerow management (BE3).

Applicants must take “photographs of each hedge entered into the option,” say the requirements, although they don’t explain how inspectors will be able to tell one hedge from another.

Full scheme guidance is yet to be published – even though there is less than three weeks before the scheme opens for applications on 1 July.

But NFU countryside adviser Claire Robinson said it was already clear that countryside stewardship requirements would be more onerous than the environmental stewardship it replaces.

She said: “Farmers need to know the full details of what will be required of them – and we need to find a way of making these rules work.”

Ms Robinson also voiced concern over the lack of guidance ahead of an application window that will remain open for just three months this year before it closes again on 30 September.

Many farmers would have little time to complete applications during the summer while they were busy with silaging, harvest and autumn cultivations, she said.

The scheme is being run on behalf of Defra by Natural England, the government’s landscape agency, and the Forestry Commission.

Natural England advisers at this week’s Cereals event said the aim of asking farmers to take photographs was to show that scheme options were being carried out.

Full guidance is expected to be made available to farmers within the next two weeks.