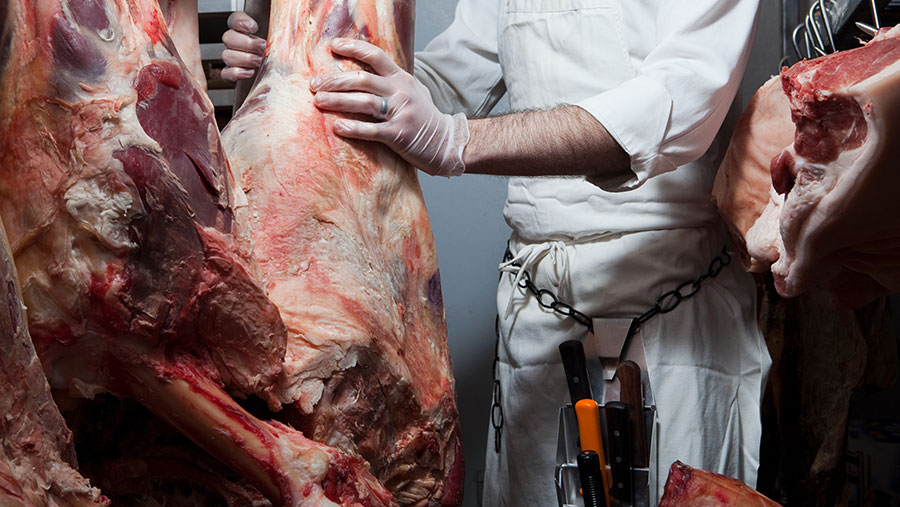 French lawmakers have passed a bill to install mandatory CCTV cameras in all slaughterhouses following a series of animal welfare scandals.

Members of the French National Assembly voted in favour of compulsory CCTV monitoring in all the country’s 1,000 slaughterhouses.

The legislation will require all slaughterhouses in France to install cameras in all areas of abattoirs where live animals are handled, including places of transport, accommodation, stunning and slaughter, by 2018.

However, the bill must be passed by the French Senate in February before it can become law.

A trial will take place this year to explain how the technology will be rolled out across the board.

Under the new laws, those caught inflicting unlawful cruelty on animals could face one year in prison.

Animal Aid’s farming and slaughter campaigns manager Luke Steele said: “Animal Aid’s covert filming has found lawbreaking in 90% of slaughterhouses investigated, which has included cigarettes being stubbed out on pigs, sheep being picked up and thrown by their fleeces and animals being beaten.

“If the French National Assembly can make CCTV mandatory, then why can the UK parliament not do the same?”

Emma Slawinski, director of campaigns at Compassion in World Farming, added: “I hope this will be the catalyst for the UK and other European governments to introduce compulsory CCTV in abattoirs, preventing the suffering we have seen exposed in recent investigations.”

The Food Standards Agency, alongside a cross-party representation of more than 200 MPs and the British Veterinary Association now support mandatory CCTV.

However, a report for the Welsh government by a working group of representatives from the abattoir industry concluded that while CCTV was a “useful additional tool” in improving animal welfare, there was “simply not sufficient basis in which to make CCTV a mandatory requirement in abattoirs in Wales”.