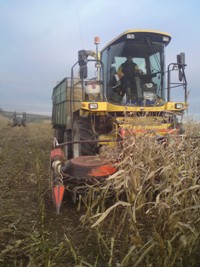 Field conditions were so bad in some parts of the country at the end of 2008 that many farmers struggled to get some jobs finished.

As a result Farmers Weekly readers have been sending in pictures showing themselves completing jobs that are rather unusual for January.

The latest to hit the office include this one from Stephen Williams of contractors Alec William’s and Sons who sent us this picture taken on 7 January 2009 at Philip Davies’  farm at Caersws, Mid Wales.

They were taking advantage of a dry spell to deal with some barley straw. Stephen said the straw is still in good enough condition for bedding, although there were a few damp bits. 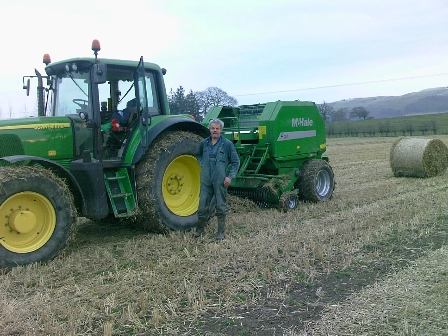 We’re also on the search for the latest finish to maize harvesting. In the lead at the moment is Steve Rowland who sent us pictures of maize harvesting down in Cornwall on 5 January.

But a close runner up, however, is John Plummer who works for agricultural contractor Cracknell Contracting.

“On Saturday 3 Jan we silaged 8 acres of maize in the village of Awre in Gloucestershire, for farmer David Awre, that we were previously unable to cut back in October/November time because the ground was too wet to travel on.

“Previously when trying to cut the maize, the forager and a tractor and trailer both became stuck on numerous occasions whilst trying to open the field up. 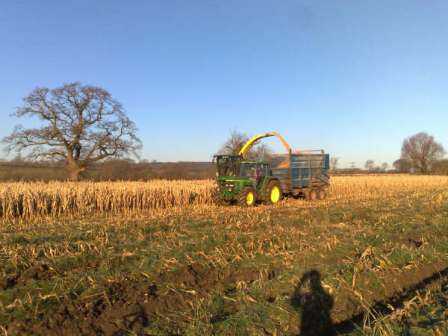 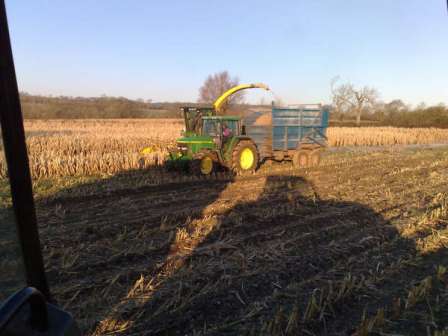 “We waited for a heavy frost in order not to get stuck. The first time in the forager did even though it had been -6C that night. But once we pulled free we gradually managed to open the field up, and take little bits off – eventually only leaving around an acre.”

Are you dealing with unusual jobs? Let us know on the forums or by emailing us your pictures and details.